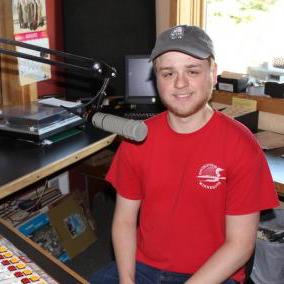 Sterling Anderson grew up in Grand Marais and got his start in radio with the WTIP Youth Radio Project. He graduated from the University of Minnesota Duluth in 2017. He worked as an intern at WTIP in the summer of 2017 helping out in the news department and producing material for a variety of local programming. Sterling was hired as a staff member in August 2017. 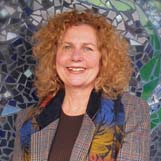 Deb Benedict was WTIP’s executive director from 2001 to June 2018. Under her leadership, the station grew to over 1,000 members and now numbers over 70 on-air volunteers and eight staff. All this growth lead Deb to pursue the purchase of a new home for the station, nearly tripling the size of its previous space. Since settling in the new building in 2008, the station has taken complete control of its airwaves, broadcasting around the clock 7 days a week right from the WTIP studios. In 2009 Deb was elected president of the National Federation of Community Broadcasters board, bringing her community-driven vision and leadership skills to the national organization. In her spare time, Deb plays tennis, hikes, kayaks and enjoys her cabin adjacent to the Boundary Waters Canoe Area Wilderness near the Canadian border. 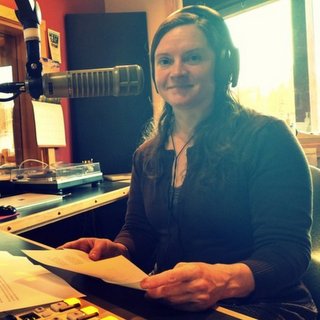 Jana joined WTIP in November 2007 - shortly after moving to the North Shore from Iowa. In the early days as development assistant she was able to amaze some of her co-workers with her knowledge of Excel spreadsheets, and her ability to create last-minute Goal-o-Meters come membership drive time! She continues to do a variety of behind-the-scenes work involving membership, underwriting, program promotion, and more. She has also had the opportunity and privilege to be on the air, co-hosting North Shore Morning, and on rare occasions hosting Saturday Night Mix. When she's not at work, she spends time with family and in nature, enjoys listening to music and watching birds, and sometimes gets around to creative stuff. 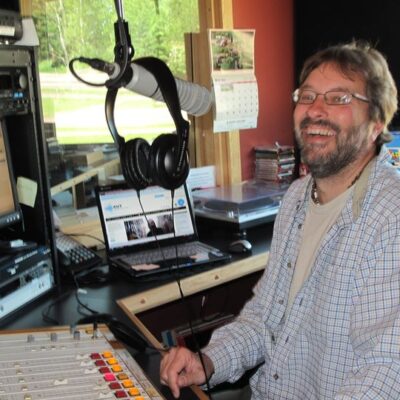 Matthew assumed the duties of Executive Director in June of 2018. He started with WTIP as a volunteer host in 2002, took over the duties of Sidetracks host in 2008 and then Program Director in 2014. He has lived in the County for over 20 years and has an affinity towards Lake Superior and large bodies of water. 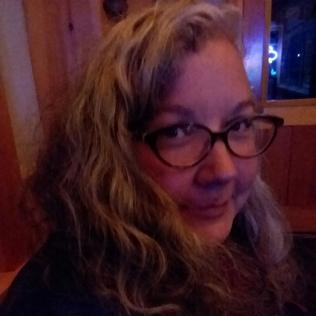 Legacy Projects Coordinator Staci Drouillard has been involved in local radio since 2003, first volunteering as co-host of the A.M. Community Calendar, and as host of the Women in Music program. She has produced two, original series for WTIP--Walking the Old Road: Chippewa City and the Grand Marais Chippewa, and Anishinaabe Way: Lives, Words and Stories of Ojibwe People. Current projects are- It Happens Here: The Roots of Racial Inequity on the North Shore and production of Anishinaabe Bizindamoo Makak. Originally from Grand Marais, she is a Grand Portage Ojibwe descendant, has a B.A. from the University of Minnesota, and earned a Master's Degree in Liberal Studies from the University of Minnesota, Duluth. 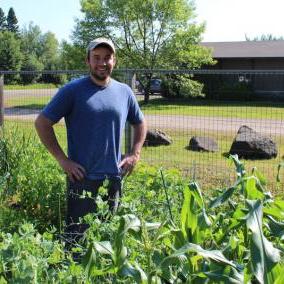 Joe is the news director for WTIP. He holds a degree in journalism from the University of Montana, where he graduated in 2005. He also works as a freelance journalist, reporting on a variety of North Shore topics. When he’s not reporting news, Joe can be found at one of his favorite fishing holes in the area on a year-round basis. 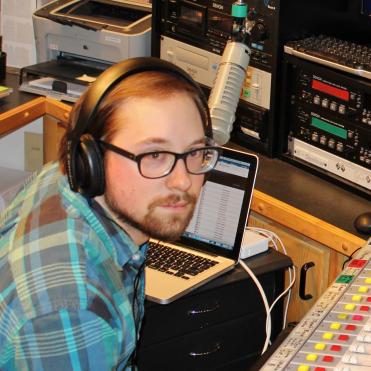 Will is originally from St. Cloud, MN, where he started his career in radio as a volunteer DJ at 88.1 KVSC. He graduated from St. John's University in the spring of 2013. During his time there he worked with KJNB, the school's online radio station, and was awarded one of the first Gary Eichten Fellowships with Minnesota Public Radio News. He has also worked in MPR's Young Reporters program and had a story featured on All Things Considered. He has been vacationing on the North Shore his whole life and is excited to finally live and work along the coast of Lake Superior. 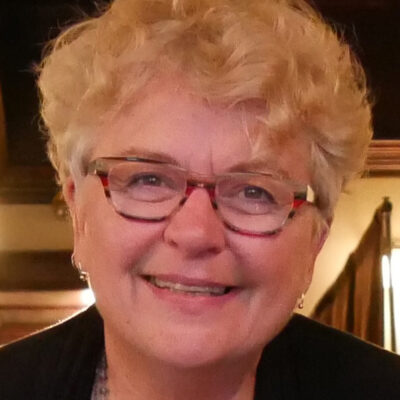 CJ began volunteering at WTIP in 1999 when she moved to Grand Marais from the Twin Cities.
She has hosted and co-hosted numerous programs over the years including North Shore Weekend from it's inception in 2009 to 2019.
CJ joined the staff in September 2017 as Producer of North Shore Morning and North Shore Weekend.
Currently, she hosts North Shore Morning on Wednesdays and Thursdays, and fills in on Daybreak occasionally.
When not at the station, you'll find her snowshoeing the trails around her neighborhood on Good Harbor Hill in winter, playing Pickleball (should be the new official national sport in her opinion), biking, reading or doing any kind of puzzle she can find...yes, Wordle is a new passion. 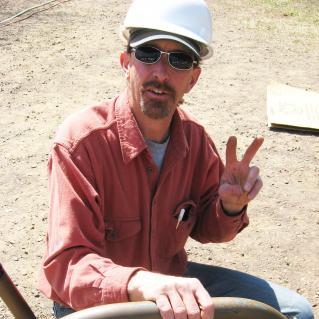 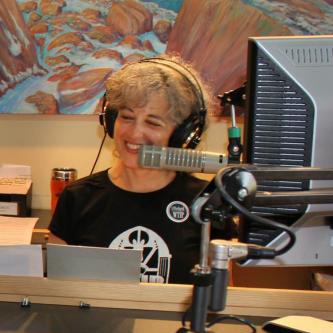 Annie assumed the role of program director in late 2021, and produced The Roadhouse from 2009 to 2021. She's also been an on-air host since she moved to Cook County in 2001. When she's not working at the station, you can find her playing Scrabble, cooking, or exploring on a long-distance walk. 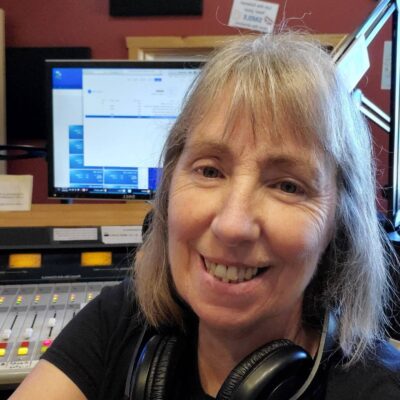 Rhonda Silence grew up in Grand Marais, moved away for 20-plus years and worked a variety of jobs before returning in 1995. She served as editor of the community newspaper for 16 years before making the jump to the news department of multi-media WTIP Community Radio in October 2016. Her goal for the community radio station is eventually get every community member on air at some point!
When she’s not gathering news, she enjoys snowshoeing and snowmobiling, hiking and ATVing, fishing and camping. But mostly, she enjoys spending time with her husband, kids, five wonderful grandkids and two dogs. 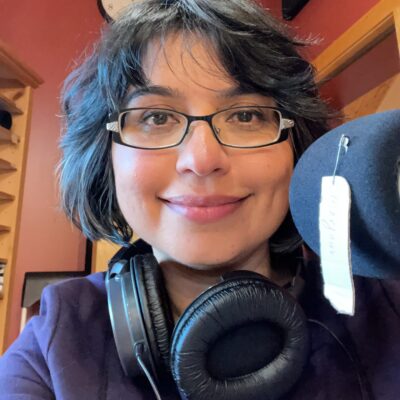 Maryam Torabi is WTIP's development director. She moved to Grand Marais in 2020 and joined WTIP in October 2021. Maryam hails from Isfahan, Iran and she lived and worked in Cincinnati, OH, for sixteen years before calling the North Shore of Lake Superior home. She loves the outdoors and open horizons and her BWCAW dreams have brought her to Grand Marais. She has over a decade of public non-profit experience, as well as a background in business analytics and management. 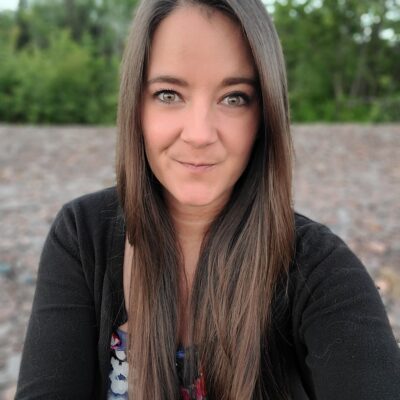 Kalli Hawkins grew up in Grand Marais and has a long family history in the area stemming from the early 1800s. After graduating from Cook County High School, she moved away for nearly 15 years to attend college and explore the vast landscape of Colorado.

She has a professional background in geography, sustainability, and freelance writing & media. She joined WTIP in 2022 as a reporter and producer. However, her history with WTIP began while attending Cook County ISD 166. She read the school news with a fellow classmate on the air in the late 1990s.

When she's not attending city council meetings or chasing the next news story, she can be found adventuring on backroads, trails, and familiar lakes with her two pups, Riley & Remy.