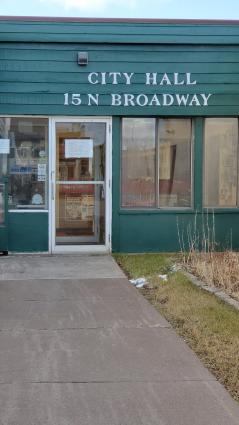 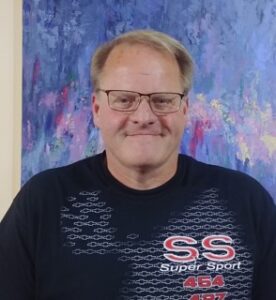 City Councilor Craig Schulte was appointed to serve as vice-mayor on the Grand Marais City Council in January and on Wednesday, March 30, he filled that role as Grand Marais Mayor Jay DeCoux was absent. WTIP caught up with Schulte after the meeting to discuss some of the city council activities.

Schulte said the meeting had a fairly short agenda, but said it was interesting to be the one running the meeting. And he shared a fun tidbit—one of his grandchildren is named Lowen Mayor, in recognition of the Schulte family name, which means “mayor” in German.

Although it was not a long agenda, some important matters were discussed. Sheriff Pat Eliasen came to the council to talk about something a lot of businesses and organizations are experiencing, a labor shortage. The sheriff’s office was having a hard time finding a full-time deputy to serve in the city during the summer, as it is a seasonal position. So, the sheriff came to the city with an alternative.

Sheriff Eliasen proposed hiring someone to serve as a “Community Services Officer.” This person would need some background in law enforcement and could be filled by someone who is currently attending school to become a peace officer. The person hired for this role would not carry a gun or conduct traffic stops but would be available to enforce parking ordinances, do business checks, and to be a presence in the community. Eliasen said he had made an announcement of the position and had already heard from two qualified candidates.

The city council accepted Eliasen’s plan, with Schulte noting that they really didn’t have a choice as it is very unlikely that someone with full peace officer certification would want to take the job. He said it is better to have this person to handle routine matters, with backup from the sheriff’s deputies. He noted that there was no seasonal deputy in the city last summer and it was really needed. Schulte said Sheriff Eliasen came up with a good alternative.

As long as the council had the sheriff at the meeting, there was discussion of the leash law—and possible changes. Councilors have heard from a dog owner who questions the need for a leash law, as this individual believes his dog is trained well enough that it does not to be on a leash. The citizen suggested that the city change the leash law ordinance to require that dogs be on a leash or well-controlled without a leash.

Sheriff Eliasen said that does happen now at the Grand Marais Rec Park or on the Pincushion Trails. He said well-trained dogs can be seen with their owners and if there are no problems, deputies generally do not issue a ticket. He said this has not been a big problem. And, he noted, the leash law ordinance only pertains to the city.

There was considerable discussion about how the ordinance would be enforced if the leash requirement was lifted. Councilors noted that being well-controlled is subjective. They also said there are people who are fearful of dogs and a dog off-leash could lead to calls to law enforcement. City Attorney Chris Hood said he is not well-versed in leash laws, but said he was concerned about what could be viewed as “selective enforcement.” Hood and City Administrator Mike Roth agreed to do a bit of research and return to the council with information on how other cities handle leash law ordinances.

The council also agreed to allow the county’s Housing and Redevelopment Authority, the HRA, to operate in the city. Schulte said this is mainly a formality to allow the HRA to continue its work. He said he believes housing projects will benefit the entire community.

Schulte also updated his colleagues on the power outage on March 25-26, which surprised some city residents. He said normally the line crews are able to have the city’s diesel power plant online in a half-hour to an hour. However, he said this winter storm with its high winds came at the worst possible time. The city’s power plant needs parts related to the transfer of power from the plant to the electrical system. The parts are on order, but may not be on hand and installed until some time in April.

Schulte commended the line workers for their hard work during that power outage, as there were smaller, scattered outages throughout the city.

WTIP’s Rhonda Silence spoke with Acting Mayor Craig Schulte about all of this. Here’s their conversation.