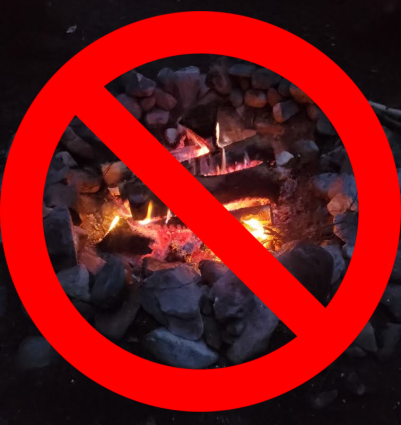 Although cooler temperatures and higher humidity have dampened the immediate fire danger in Cook and Lake counties, the long-term weather forecast shows no relief for drought conditions.

To prevent the risk of wildfires, the Minnesota Department of Natural Resources is increasing burning restrictions in Cook and Lake counties, beginning Tuesday, Aug. 10.

Under these additional restrictions, the campfire and recreational fire ban in Cook and Lake counties now includes all public and private land.

Under the additional restrictions, all recreational fires are banned and the use of welding devices and other torches is prohibited when in proximity to combustible vegetation (unless special permission is granted).

While the DNR’s restrictions do not control tribal lands, the Grand Portage Band of Lake Superior Chippewa has restricted burning on its lands.

In the backcountry, and at campsites, only gas or propane camp stoves are allowed. Gas and charcoal grills are allowed at occupied homes, cabins, and resorts. Charcoal and gas fires must be in devices designed for grilling.

The burning restrictions will remain in effect until terminated by the DNR commissioner when weather and environmental conditions indicate a reduction in fire danger.

That won’t happen anytime soon, according to DNR Forester and Firefighter Aaron Mielke. WTIP’s Rhonda Silence spoke with Mielke at the Grand Marais office about the additional restrictions. Here’s their conversation.