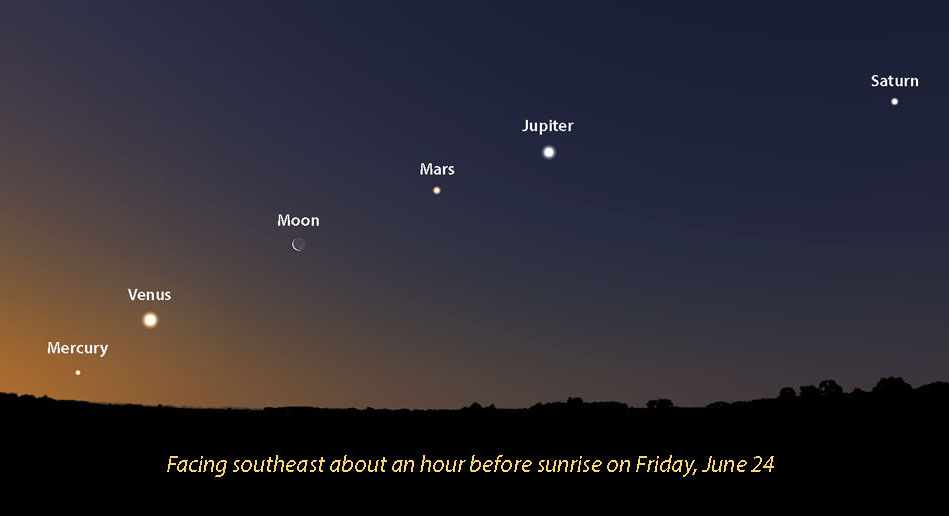 “Astro Bob” King debuts his monthly feature on WTIP’s North Shore Morning by describing a somewhat rare celestial event that is occurring this month…the planets are lining up sequentially (from closest to the sun to farthest) and five of them are visible in the pre-dawn hours from June 23rd through the first week in July.

From east to west and lowest to highest, they are Mercury, Venus, Mars, Jupiter and Saturn.