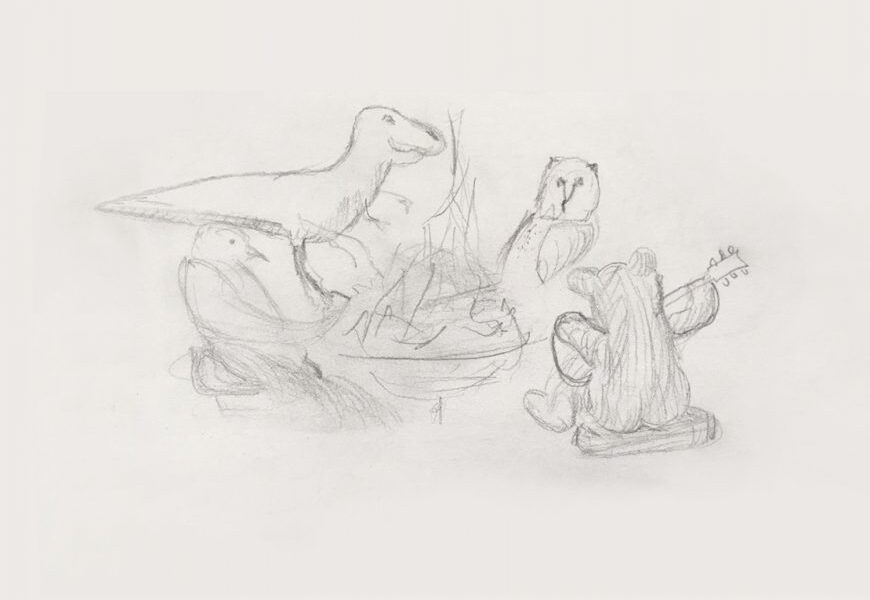 I need to start out with a big thank you to WTIP listener Tori Danielson for recommending today’s album because it is a doozy. Every now and then there is album that really changes the way you even think about what an album even is or can be, a set of songs meant to be played and performed together at a specific moment in time. Records like this come only once in a blue moon, but I think 2022 already has a record like that. It’s the latest from the band Big Thief, a Brooklyn-based band with some strong Minnesota ties that’s become one of the biggest names in indie rock. And this album has quite a big name too. Welcome to Dragon New Warm Mountain I Believe in You.

Big Thief is a band fronted by singer songwriter Adrianne Lenker, who spent most of her childhood and adolescence in Minnesota, mostly the surrounding Twin Cities suburbs but also Northern MN. Lenker is an almost impossibly interesting person. She didn’t go to high school but did drive around the country in a van every summer.

She released an album at age 13. She’s a state champion in Karate. She had a scholarship to Berklee paid for by Susan Tedeschi. And this incredibly unique, varied life story translates directly to the music that Big Thief creates. On this record you’ll hear bouncy indie rock jams, americana-tinged songs bordering on bluegrass, intensely new-wave inspired songs awash in guitar, and hyper-introspective acoustic solo numbers. And the wildest part of all is not once does a song feel ill-placed, or not gelling with the sound of others. It’s not really experimental, the band just seems to excel in playing all those different styles.

Nor will you find a BAD SONG on here. And there are a lot of them. 20 songs. 80 FULL minutes. And this was cut down from 45! Keep in mind Big Thief is one of those mind bogglingly prolific bands who prior to this in 2019, recorded and released 2 full albums within a few months of each other. Lenker makes each one of the songs compelling with tremendously interesting lyrics, whimsical poetry that sometimes feel like they’re turning into stream of consciousness thought diving into strange territory, but never so far that things can’t be brought back to a meaningful, personal core.

Normally a record this gigantic and adventurous can collapse under its own scope, feeling like a chore to listen to, but not here. This is a record you could probably listen to 20 times and every time discover a new favorite song on it, a different riff or hook that attaches to your brain, a lyric that sticks out and you can’t stop thinking about. And the cherry on top is the album art of a velociraptor having a campfire with the three bears. Dragon New Warm Mountain I Believe in You is a musical gift that keeps on giving and puts Big Thief as some of the most prominent and gifted songwriters of this decade so far.