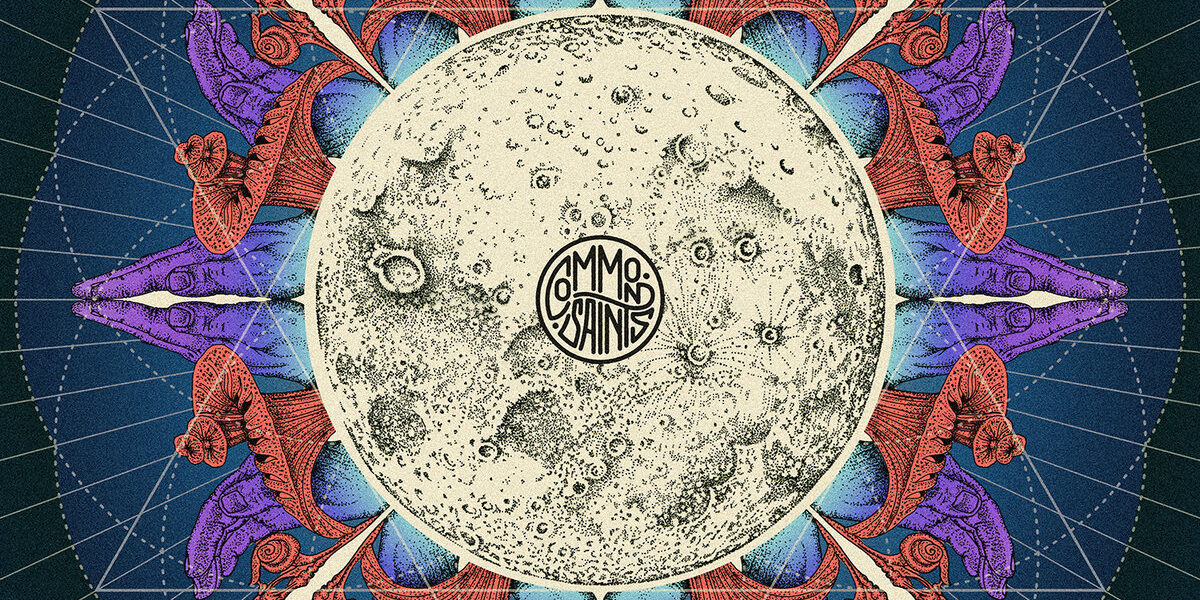 What would you consider the golden age of music? When it felt like music was at its most meaningful across the board? For most of us I would expect us to be the time where we first got acquainted with pop music at our time or first really becoming aware of new music around us, whether that’s as children or teenagers, or just when you were at an exciting and memorable time of your life.

You could also say that there is no golden age whatsoever, there’s always been good music and bad music, throughout the decades. Maybe you’re a classical fan and think the golden age was around 1800. For British artist Charlie J Perry, he has a much more concrete answer, saying the golden age was from 1960 to 1985. And that period is the focal point of his new project called Common Saints, which just released their 2nd EP at the end of the year, called Starchild.

It’s always interesting to hear artists describe the inspiration for their own music because sometimes is so different than how you interpret it.

Upon first listen of Starchild, I was so sure that it was just a more psychadelic-rock take on the modern fast-paced breakbeat style of electronic musicians like Flying Lotus and Squarepusher. But hearing Perry’s goal for the project had me remember that those artists too took inspiration, and the revered Amen Break, from that era of music he was talking about, so maybe he is onto something here.

Upon listening it’s immediately apparent how he is able to bridge that 25 year gap, the influence of the early days of psych rock is very apparent with some roaring guitar licks and Zappa or Pink Floyd like screaming, but also the peak of the hard rock era, Bowie-like moments, and jumping forward into the post-disco era with new wave and those early days of electronic based bands boosting some additional ethereal vibes. And all of it rocks – the fast parts are energizing and the dreamy slow bits are enticing, and all of it, trippy album art included brings to mind the effects of certain mood altering substances.

The other reason that Common Saints music stands out is the production value, which makes sense as Perry is primarily a producer rather than a songwriter – this project is a side hustle if anything to his production that’s gotten him gigs with bands as world-scale massive as BTS. That sort of cred combined with the fact he’s already released two Eps this year and another album already planned for 2022, means that this will be a band to watch year round and for many years to come. While a psychadelic rock revival is certainly surrounding music today with bands like King Gizzard and Tame Impala, Common Saints is not an imitation but rather a unique experiment that runs parallel, doing it’s on thing and ready to mutate vividly.

NOTE: the original version of this feature erroneously had Perry’s last name as “Smith” and has been corrected.