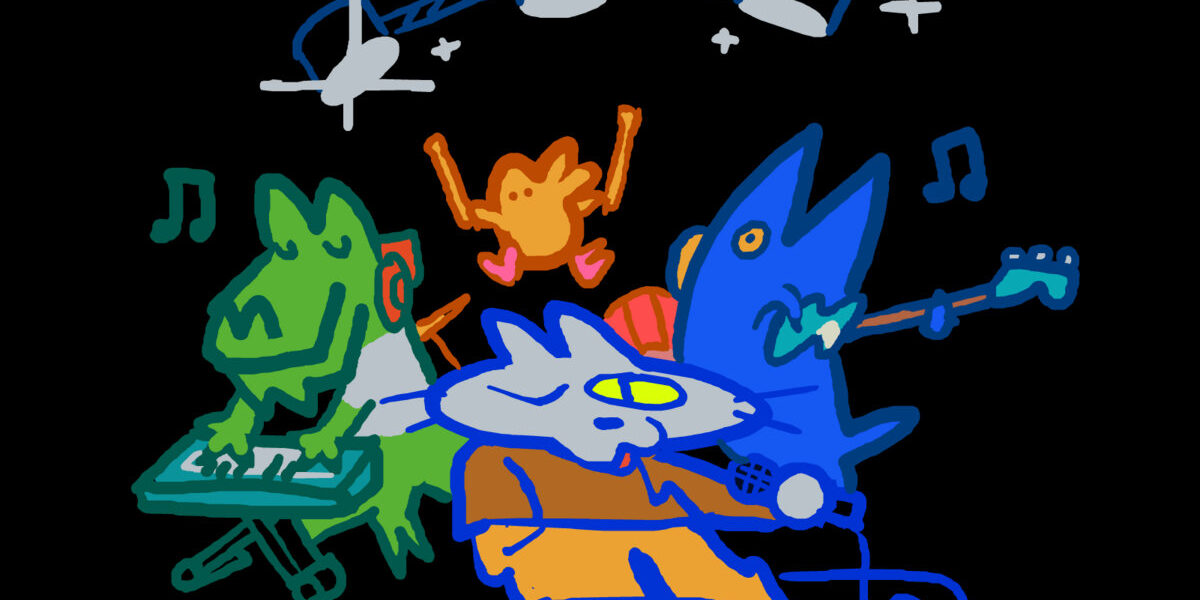 It’s always interesting to find out that musicians have other creative pursuits other than just music. Great songwriters like Joni Mitchell, David Bowie have also been avid painters. And of course there’s a long pipeline of pop stars who have turned to acting, with modern examples like Lady Gaga and Jared Leto. But for some artists, their creativity and multi-discipline talents go even further where they excel equally at anything they set their minds to. Louie Zong is one such artist.

The LA resident is perhaps known best for his work in animation, having worked with top-notch studios at Disney, Pixar, and Cartoon Network, as well as having millions of views of his homemade cartoons on his personal Youtube channel, but on the side is an incredibly prolific musician coming out with an EP on nearly a monthly basis. Here’s an excerpt from his latest, called Funky Friends.

Zong’s art style visually is consistent, being cute, pastel chalky and squishy feeling, and can be seen on every one of his album covers. His musical style however, is indescribable due to its sheer variation. While its all rooted in jazz guitar and piano on the whole, it branches out into funk, ska, hip hop beats, and chiptune, and that’s to say nothing about his theming. That’s where things really start spiraling into territory most people would never even think about.

Each EP he releases will be based around a different concept, almost always something whimsical or silly, a handful of songs barely 2 minutes a piece. You want a bunch of songs in the style of the Beatles about beetles, like the bugs? How about a Plantasia style album for your house plants? Not specific enough? Good thing he wrote five songs about different varieties of apples, and another about vegetables. He has songs inspired by dogs, alligators, even capybaras. He cannot be stopped, and it’s all good.

A huge amount of his music also dips into nostalgic media for the millennial generation. But even the has to put a special Louie Twist on it. He takes songs from Pokemon but makes it surf rock, or redid an entire album by the band Ratatat to make all the songs about the Legend of Zelda. This Funky Friends album is meant to be an homage to the unique smooth jazz score of the 90s toon Hey Arnold, and captures the sound with a stylistic bullseye.

Zong is just one of those people who is almost unfathomably creative, able to squeeze in so much unbridled artistry on top of working in an industry known for hard crunch times. It might come off as a little too twee to some, but there’s no question every ounce of what comes out of his brain is bursting with pure joy.