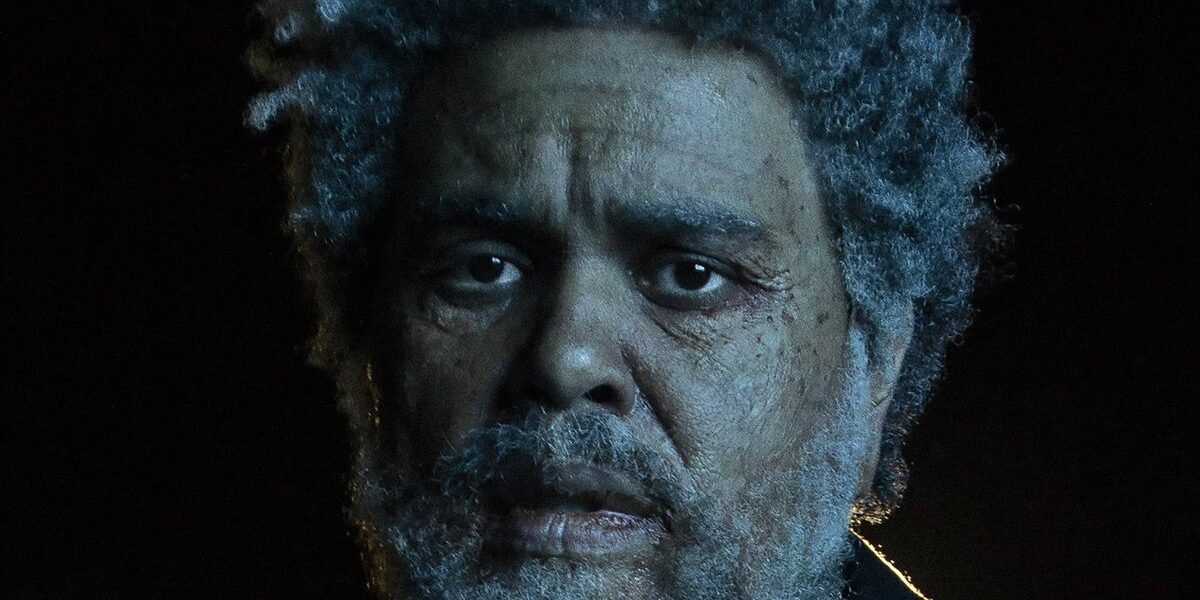 I’ve talked about synthwave and the reintroduction of 80s electronic sounds to pop music at exhaustive length on this segment, going through artists poking up through the increasingly less underground scene. But for the vast majority of music listeners today that sound is associated most with one person, The Weeknd.

The moniker of Abel Tesfaye, the Canadian pop singer took the world by storm when he Couldn’t Feel His Face back in 2015 and become iconic by silhouette alone with his incredible vertical hairstyles. You may also remember him from last year’s Super Bowl Halftime show where he wore bandages and got lost in a golden house of mirrors. His high and smooth R&B style voice often in falsetto is now one of the cornerstones of mainstream music today, and new album DAWN FM is out and it only adds to his explosive legacy.

The Weeknd started down his path of synthwave inspired music while featuring on the single version of the song “Odd Look” by the genre’s progenitor Kavinsky’s – even before his own breakthrough album. So this style has been in his musical DNA more than people realize. And it’s so obviously conducive to his psuedo-vocoded tenor voice that it’s hard to imagine him doing anything else. Dawn FM delivers by keeping that sound fully end to end, sounding great in the poppier numbers and the more ethereal second half. There’s also traces of newer sounds – Y2K era styles of dance and house music and trance-like long hypnotic repetitive segments, and even more retro Giorgio Morodor like disco beats and funk.

Despite the instrumentation, content wise this is an R& B album more than anything else. But it’s also SO far from just another top 40 R&B album, it truly laments and longs and does so smartly. Songs like OUT OF TIME go beyond your standard love song to look get a relationships don’t work out on a personal level. There are hyper-unique elements that are intensely creative – like a little heart to heart story time from Quincy Jones and bizarre radio station interludes by JIM CARREY. That turns into a recurring bit on the album that ends up giving a positively ridiculously good flow, like you’re listening to a late night station playing hit after hit. Complete with commercials.

While nothing may ever top 2020’s Blinding Lights, which has been streamed a well deserved 2.7 BILLION times and I think may be one of the best songs ever recorded.  It’s not the MOST wowing album I’ve heard but it was still an extremely cool and enjoyable experience that kept me curious and thoroughly surprised all the way through. But for the weird album cover that shows The Weekend uncannily aged into a grey-haired old man? That’s a different story entirely…