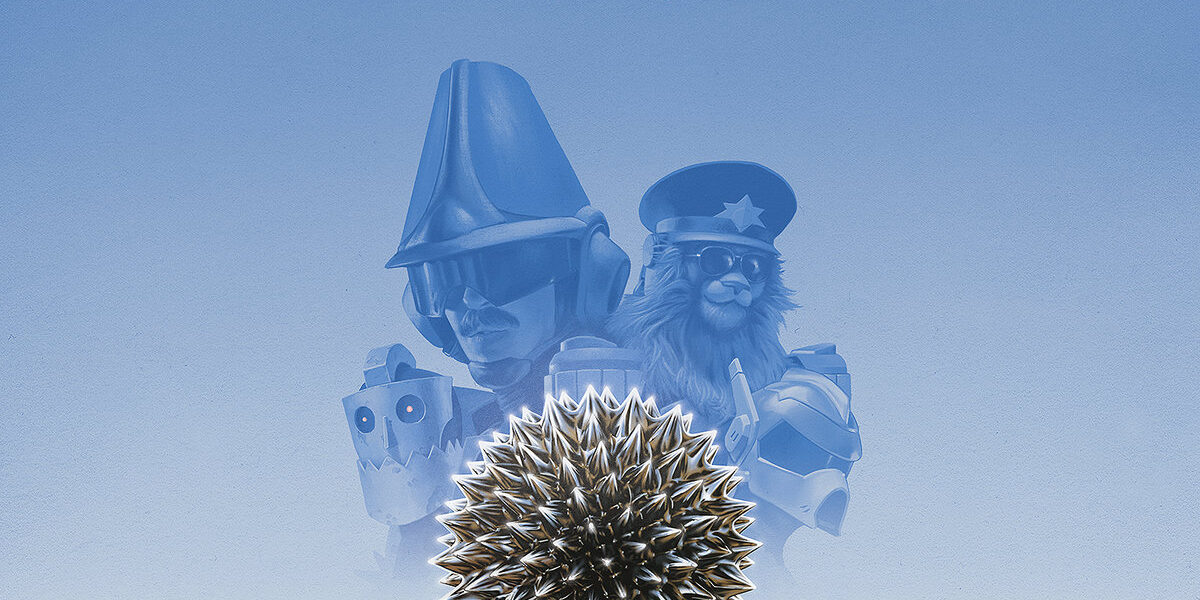 Imagine if in another timeline the great late Chick Corea didn’t form the group Return to Forever, but went in a more unique direction. He kept his lively jazz fusion style but instead of Stanley Clarke, he teamed up with funk bass legend Larry Graham and on top of that, heavy metal guitar shredder Paul Gilbert. Somewhere in the vast multiverse of possibilities maybe there’s a world where that happened, but luckily for us we don’t have to dream such a thing. At least not anymore. Because I think together the combined sounds and abilities of those artists  would sound a lot like this album called New and Improved by the greatest Canadian costumed funk-rock band this side of Halifax, TWRP.

Up onstage like four action figures from an 80s cartoon come to life, the quartet formerly known as Tupperware Remix Party dress as spacefarers, robots, and a even a humanoid lion while performing their brand of sort of over the top funkified electro-rock. They’re like the Anti-GWAR. Having started out as the backup band of a comedy act before breaking out on their own and impressing with their technical mastery and complex songwriting abilities, they give energetic live shows being total goofballs, but this record has them surprisingly at their most mature.

My theory is that despite the fact that this new tour came with shiny new costumes for the band, they’re outgrowing their fantastical stage personas and on this record they really tried something else. There are cracks in the tongue in cheek façade that are giving way to something truly incredible at the heart of this band. Dr. Sung the lead singer used to sing exclusively through a vocoder, but for the first time there’s traditional backup vocals and they work SO well. This is far and away their most varied and experimental album that includes elements of the aforementioned Chick Corea style fusion jazz, along with disco, R&B, synthwave, and maybe the best flat out power rock I’ve heard in years. And the funk is turned up past 11, its at 12.

There are some amazing guest features on this thing as well. The unknown Diamond Café shines on a brassy pop number, similarly masked rockers Magic Sword melt faces alongside guitarist Lord Phobos, and there’s a bonkers song with former NASA astronaut Chris Hatfield telling a story of re-entering the Earth’s atmosphere. And one of my electronic favorites Starcadian appears on a unbelievably hyped-up and catchy song called Polygon which I am not joking might be the best song I’ve heard this year. Side-note: Starcadian also came out with an album last week that was not too good. But THIS TWRP record more than lives up to its name of New and Improved. There’s still plenty of wackiness here but every time this band crawls away from their just for laughs past and focuses on their skills they are some of the best musicians in the biz today. I demand you take them seriously, and your ears will thank you when you do.