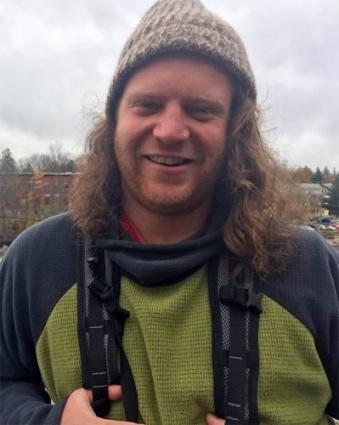 A Cook County resident who aspired to start a kennel and mushing operation east of Grand Marais had his permit denied by the county commissioners Tuesday, May 25.

Local resident Jake Leingang has been involved with the regional mushing scene for several years. In October 2020, he purchased 7.5 acres of land near County Road 14 and Franks Way. Earlier this year, Leingang submitted a request to the Cook County Land Services Department to for a permit to legally maintain a kennel to pursue his mushing activities. The original request was for 45 dogs on the property. After review and approval from the Cook County Planning Commission May 12, the number of dogs was lowered to 25 dogs. The planning commission approved a two-year interim use permit on a 4-1 vote.

Kennel operations are a part of Cook County’s history and recreational landscape, according to Bill Lane, from the county’s land services department. In a report submitted to the county board prior to Tuesday’s meeting, Lane said that as more property is developed in Cook County, the separation between recreational allowances and residential use and enjoyment becomes more poorly defined. That being the case, Lane said the approved two-year, 25-dog permit was viewed as a ‘middle ground’ compromise by the planning commission from the original 45-dog request. The planning commission approving the permit was also a challenge of sorts to Leingang to demonstrate he can meet permit conditions, while establishing a functional recreational activity in a predominantly residential area, Lane said.

Local resident Angela Sweedman lives nearby the property where Leingang hopes to pursue his mushing aspirations. During the county board meeting May 25, Sweedman she has concerns about noise and possible impacts to water resources, especially given the connection between the lower wetland complex and the Kadunce River.

Another neighbor who lives nearby the proposed kennel is Lacey Kimball. During the public comment section of the county board meeting she said the mushing culture is no longer a good fit in this particular neighborhood.

“Historically this area of County Road 14 did have multiple kennels,” Kimball said. “It no longer has multiple kennels. Life and history move on. And this particular area has in the past decade moved beyond dog mushing. I understand history. I also understand this is not the 1990s. This is the 2020s.”

Prior to a vote on the permit, Leingang told the commissioners he understood concerns from county officials and his neighbors about wetlands issues. Leingang said his dogs would not be in an area where their waste would impact water quality and that he has the proper setbacks approved by members of the land services department. When it comes to issues with noise, Leingang said there is not a history of noise violations from mushers in Cook County.

Leingang said that the county’s guide plan encourages mushing in this specific area, he purchased the property because the county’s ordinances allows a kennel on site and because there are mushing trails literally crossing the edge of his property.

“I check all the boxes,” he said Tuesday.

In a statement sent to WTIP May 25, Svaleson said “I am proud to represent my district, and I do support the mushing community. In the Hovland area that is zoned forest agriculture recreation-1, known as FAR-1, kennels are allowed without the need for a permit due to the large minimum lot size of 20 acres. In the Colvill area, zoned as Forest Agriculture Residential – 3 (FAR-3), kennels require a conditional use permit as the minimum acreage is five acres and may be near full time residential areas, as is the case here. I feel that the concerns noted by the residence in proximity to the proposed kennel are being controlled and mitigated by the requirements set forth by the planning commission, however, some of the county commissioners were looking for further, or clarifying, information from the planning commission, so this permit request will be returned for further review and discussion.”

Commissioner Ann Sullivan, whose district includes the Gunflint Trail and other areas of the county where mushing activity is commonplace, voted against the permit. In a statement sent to WTIP May 25, Sullivan wrote: “As a dog lover and friend of several mushers, I knew this decision would be challenging.

I received written comments from several residents who live near the proposed kennel. I visited this particular property two other times recently, when leaves were coming out. Obviously, I had the advantage of listening to the owner of the parcel under consideration speak to the planning commission, along with other neighbors. My concerns stem from location of the dog yard (and ability to relocate that dog yard over time), noise created by barking and water quality.

In addition, I looked up, using property tax info, the number of acres some other kennels have, and looked at maps of those parcels, as well. I listened from the road up near Hovland, too, and was welcomed by a local musher to visit their property and observe. I’ve sat at night when dogs are being fed, and during odd times, just to see what it sounds like during feeding time and if/when deer, bear…are in proximity to a kennel.

Lastly, I spent time looking at maps. Since I sit on Soil and Water (board), I have a keen interest in the health of our water. I have significant concerns about water quality.”

The next meeting of the Cook County Planning Commission is June 9. It is possible Leingang’s request and permit would be revisited for discussion during this meeting.