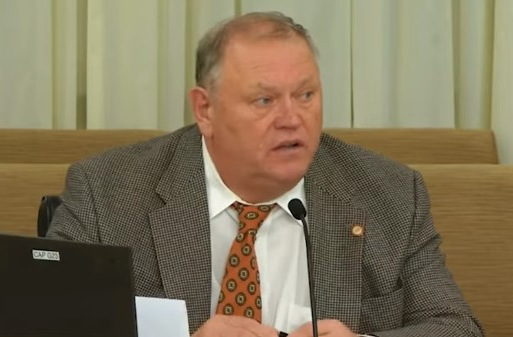 Bakk announces retirement from state senate at the end of 2022

Minnesota Sen. Tom Bakk announced today he will not seek re-election for another term in the state senate and will retire at the end of the year.

There was speculation in some political circles across Minnesota heading into the 2022 election that Bakk might be considering a run for governor. That speculation never materialized and it now appears Bakk’s political career in Minnesota is coming to an end.

Bakk raised eyebrows in 2020 shortly after he was elected on the DFL ticket and almost immediately afterward changed parties to form an independent caucus in the closely divided state senate.

Bakk’s retirement does nothing in the way of changing the current election cycle for the senate seat he’s held for six consecutive terms. Bakk’s media relations specialist Ryan Johnson told WTIP March 17 that “senators are up for elections in years ending in 0, 2, and 6. There is a two-year term after redistricting and then two four-year terms. So the Senate is up in 2020, 2022, 2026,” according to Johnson.

This week, Bakk gave an impassioned speech in a senate hearing where he shared his frustration with the Minnesota Department of Natural Resources handling of the Twin Metals mine and the permitting process.

In a statement sent to WTIP, Bakk said: “Representing the people of the Arrowhead region has been one of the greatest rewards of my life, made possible by the support and patience of my family,” Bakk said. “My heartfelt thanks to my constituents for entrusting me to be their voice at the Capitol for so many years. I have always tried to do my best for the people I’ve served even if it was not always easy or popular with my own political party. The friendships and the memories I have made will carry with me forever.”

Listen to the audio below to hear Bakk speaking March 15 about the permitting process for the Twin Metals mine.