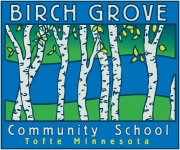 The annual Dress to Play Open House at Birch Grove Community School kicks off on August 23 from 4 p.m. to 7 p.m. The event is an opportunity for students and parents to learn more about the school while forming new connections.

Diane Blanchette, director of Birch Grove Community School, said that parents can participate in “Checking out the facility, looking at the classrooms, checking out the ice skating rink, the playground, the pavilion, and the campsite that we have out back.”

While parents take a tour and complete the necessary paperwork, the kids can partake in a handful of fun activities such as bouncy houses, bubble machines, and a campfire to roast s’mores.

In addition to the August 23 open house, Blanchette provided an update on Birch Grove as they prepare for the upcoming school year.

“We’re breaking some records, our own records over here,” said Blanchette. “We’re pretty excited about that.”

Birch Grove Community School has 47 students enrolled for the upcoming 2022/2023 school year. Blanchette said, “Which would be our highest number that we’ve ever had.”

“Right now, we’re really heavy in kindergarten, first grade,” said Blanchette. “So we’re hoping that those numbers will kind of carry us through to the next grade levels on up so that our numbers will be a little bit higher and a little bit more stable than they have been in the past.”

Blanchette said they are nearly fully staffed as the school prepares for the year. However, with the increased number of enrolled students this year, they have room to add a paraprofessional position. In addition, the school has an opening for a part-time cook.

WTIP’s Kalli Hawkins spoke with Diane Blanchette, director of Birch Grove Community School, for an update before the school year commences. Audio from the interview is below.