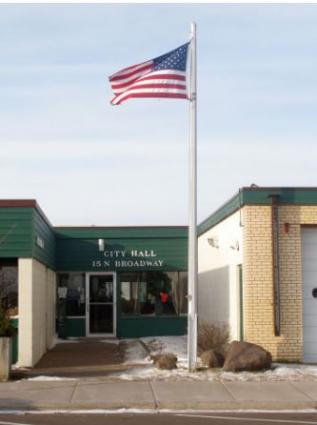 With a variety of items on the agenda, the Grand Marais City Council moved through the June 29 meeting with ease.

The city and county have a joint powers agreement governing the library’s funding. Both entities must approve a budget request of 5% or over.

The 7.8% budget increase is primarily due to the increased cost of health care for library staff.

Mayor Jay Decoux said in an interview with WTIP on June 30, “This request will have to go back to the county to be approved as well. The majority of the increase both for last year and this year were staff-related, based on health insurance expenses going up.”

The city council approved the proposed budget increase and will now head to the county commissioners for final approval.

After receiving approval from the Grand Marais Planning Commission on June 1, the Vesta Unchained Preliminary Plat appeared before the city council for approval.

The Vesta Unchained housing development is a 24-lot development located within city limits along County Road 7.

Decoux said that developer Chris Skildum and his team have put in a lot of time and effort to ensure they meet all the requirements that the city and county have for the road and infrastructure.

As of right now, Decoux said the city is only providing informational assistance to Skildum regarding interconnecting utilities such as sewer and water. The development will connect to the city power station located on Lupin Lane.

Decoux said the next steps are developing a utility plan and talking to Skildum about road expectations. The city council discussed during the meeting whether the road should be a publicly maintained or privately owned road.

In other city council news, the Grand Marais Maintenance Department requested to purchase a new sectional snow pusher. Decoux said the current snow pusher is not in very good condition and requires replacement. Council members also discussed an overview of related maintenance and upkeep of equipment.

One of the final items on the agenda was the approval of former commissioner Myron Bursheim to the Economic Development Authority (EDA). Bursheim will take over Bev Green’s term as she recently resigned.

Kalli Hawkins spoke with Decoux about the June 29 city council meeting. Audio from the interview below.