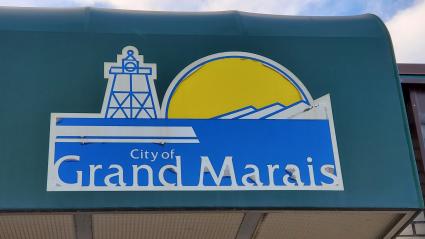 The city of Grand Marais met on January 27 and the meeting included
a lot of discussion of walking, biking, and snowmobiling.

The council heard an update on the city’s “Bike Friendly Community” status. Grand Marais currently has a “silver” rating in the program. The city agreed to renew its participation in the program, which does not cost anything to the city. It is basically another way to promote the city as a welcoming municipality.

Orest also gave an update on the Safe Routes to School Plan, which has been somewhat stymied by the COVID-19 pandemic and distance learning. Orest gave a historical overview of the program and reminded the council that the local SRTS goals are to grow opportunities for all students to walk or bike to school safely. She shared data from a parent survey about student walking/biking behavior and shared information on the various programs that have been conducted in the past, such as the Walking School Bus, May Birke Rodeo, Walking Wednesdays, and more. The council passed a motion to continue to work with the Safe Routes to School team.
Snowmobile club responds to trail reroute

There was discussion amongst council members who said they were not aware that the change had been made to move the snowmobile trail into the city to the lower side of the highway. The council considered the difficulty of using the lower side and about potential confusion about this change without public information. Councilor Kelly Swearingen said she would like to hear from the Cook County RidgeRiders Snowmobile Club about this.

The snowmobile club responded with a letter, confirming the concerns of the business owner. The club said it was unaware of the change and asked the city to return to the original layout that they say has worked for years.

They gave a number of reasons, noting that the snowmobile trail groomers are nine feet wide–wider than the path they are supposed to take, which is 8.5 feet wide. The club said, in addition, there are mailboxes and signs on that route that would further hinder grooming.

The club expressed concern that snowmobile use on the lower side, on the new concrete path could damage the sidewalk.
In the letter, the snowmobile club noted that it had been using the north side of the highway, packing it for snowmobiles and foot traffic for over 15 years with no known accidents. The club shared concern about snowmobilers passing at the corner of the Gunflint and Highway 61 where the 40 mile per hour zone begins. They said it is not safe for snowmobiles to cross at that point. Snowmobiles have historically crossed inside the city proper where there is a lower speed limit and both motorists and snowmobilers are more aware.

The club wrote, “The multi-use path should be for multi-use. The sidewalk should be used as a sidewalk.”

The council thanked the snowmobile club for getting back to them and agreed to leave the snowmobile route where it has been in the past for this year at least. It was agreed more discussion was needed, including a conversation on signage to help snowmobilers know where they are supposed to travel.
Zoning ordinance changes available online

At the last city council meeting in 2020, the city council gave its final reading of changes to the city’s ordinance on residential housing. That was the final step in a years-long process looking at the residential areas in Grand Marais and subsequent changes to density, lot setbacks, and more. The zoning changes were approved unanimously.

At this January meeting, the board discussed how to distribute the information as required by law. The city must publish ordinance updates in the legal newspaper, including all pages of the ordinance, not just the pages on which changes had been made. The council acknowledged the length of the ordinance and noted that it would be very expensive to do so. The council instead decided to publish a summary which then directs readers to the city website for the full ordinance. The city will also have copies available for viewing at city hall. The summary of the ordinance changes was reviewed and approved unanimously.
A copy of the Grand Marais residential zoning ordinance can be seen here.
Still vacancies on Planning Commission, Library Board

The council again reviewed commissions and boards that need citizen representation. Ben Peters submitted his name for one of the vacancies on the Planning and Zoning Commission. He was appointed to that seat.

There is still another vacancy on Planning and Zoning as well as one position on the Grand Marais Library Board.
The next council meeting will be Wednesday, February 10 at 6:30 p.m. The agenda for that meeting can be seen here.