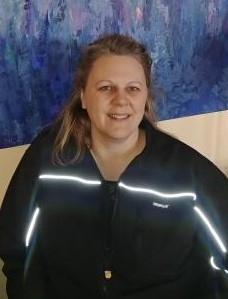 At the end of the Wednesday night Grand Marais City Council meeting, Councilor Kelly Swearingen made an announcement that was a surprise to many. Swearingen, who was serving as Acting Mayor at the July 28 meeting, read a prepared statement announcing that she was resigning from her council seat.

Swearingen was appointed to the city council to fill a vacancy in 2018.

Swearingen said resigning was not a decision she made lightly and she wished her colleagues the very best as they move forward with city business. Mayor Jay DeCoux acknowledged that her decision was the right thing for her at this time, but said he would miss her counsel. The two ran against one another in the last mayoral race and earned regional recognition from the media for their civil campaign.

Hear more about the announcement in this report.

The day after the meeting, WTIP’s Rhonda Silence spoke with Swearingen to learn more about her decision to leave the council. Swearingen reiterated that her departure was for personal reasons and not due to any conflict with any of her city council colleagues. In fact, she said she appreciated their hard work and the friendships that had been forged during her time on the council.

Councilor Swearingen also gave the usual city update, talking about the copier replacement for city hall and a letter sent from the city to the U.S. Coast Guard requesting that the agency reconsider the closure of the North Superior Station in Grand Marais.