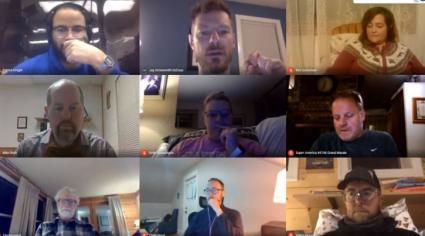 The City of Grand Marais continues to work on its zoning ordinances, in particular the section of the city’s zoning ordinance that creates barriers to building housing in the city. Changes to the housing ordinance have been passed back and forth between the Grand Marais Planning Commission and the city council several times as issues such as lot sizes, setbacks and more were considered.

The latest version of the city’s housing ordinance was considered again at the city council’s November 24 meeting. Some further language modifications were made.

For example, the zoning ordinance from the planning commission proposed reducing side yard setbacks from the current 10 feet to five feet. The council heard from some members of the public that five feet would mean buildings built too close together. The council discussed that at length and ultimately compromised and approved a setback of eight feet.

Minimum lot size was also discussed and again, after public feedback, the council felt a 4,000 square-foot lot was too small. The council changed that ordinance to 5,000 square feet.

Language regarding the front lot setback was also considered. Councilor Anton Moody suggested eliminating the language that said the setback for a new construction or an addition can be 25 feet or equal to the house that is closest to the street. Moody said that should instead be taken on a case-by-case basis. His colleagues agreed and that language was eliminated, meaning anyone wanting to build closer than 25 feet must be granted a variance from the city.

There was also discussion of how multi-unit dwellings such as townhomes, rowhouses, or cottage courtyard developments should be handled. These types of developments can be constructed in the city, but only under a conditional use permit (CUP). A developer of such a housing development would have to appear before the planning commission and then the city council for approval.

The first reading of the zoning ordinance changes discussed at the city council will take place at the next council meeting.

In non-ordinance business, the city council discussed an increase in wages for the mayor and city council. Councilor Tim Kennedy made the motion, suggesting a raise of $100 a month. Kennedy noted that he has been on the city council for 18 years and during that time there has been no salary increase for the council.

Asked what he and his colleagues make now, Mayor Jay Arrowsmith DeCoux said approximately $5,000 per year.

However, the council was told that Kennedy’s suggestion is a moot point now, as a salary increase must be approved before a council election. The soonest an increase could be enacted is before next year’s election in two years. The council did ask city staff to draft language to consider a raise when the time is appropriate.

And finally, Mayor Arrowsmith DeCoux gave a brief report on the Grand Marais Library Board meeting. He said that fuel consumption is up at the library, driven by the walk-up window for patrons. The library is looking at ways to reduce the heat loss from that window.
Arrowsmith DeCoux also noted that there are openings on the library board. He invited members to apply to serve on that board.

The next Grand Marais City Council meeting will be Wednesday, December 9.