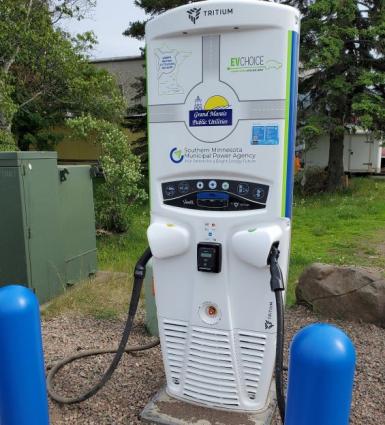 City tracking the use of its electric vehicle charging stations

Steele tells WTIP that the city currently has two “level 2” stations and one “DC fast” charging station. The level two station can charge two cars at once and would typically charge an electric vehicle (EV) in the range of three to five hours.

One of level two stations is at city hall, along with the DC fast charging station. The other level two charging station is at the Grand Marais Recreation Park, in the parking area where the swimming pool used to be.

There are other EV charging stations in the county—one at Bearskin Lodge on the Gunflint Trail; at Arrowhead Cooperative, Clearview General Store, Lutsen Mountains, and Lutsen Resort in Lutsen, and one at Bluefin Bay Resort in Tofte and at Grand Portage Lodge and Casino. Locations of EV charging stations can be found on PlugShare.com and similar applications.

The city-owned EV charging stations were installed by the city’s power provider, the Southern Minnesota Municipal Power Agency (SMMPA), so there were no initial costs for city taxpayers or utility customers.

Steele explained that the fees cover the cost of the electricity used by EV station users. 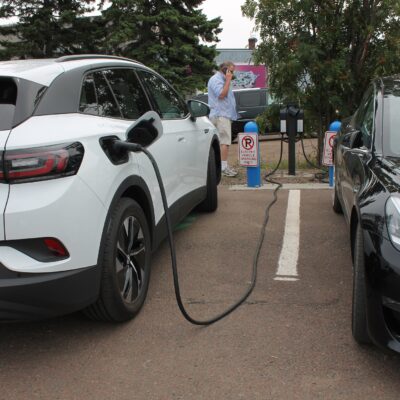 A vehicle getting a charge at the Grand Marais City Hall in August. Photo by Rhonda Silence 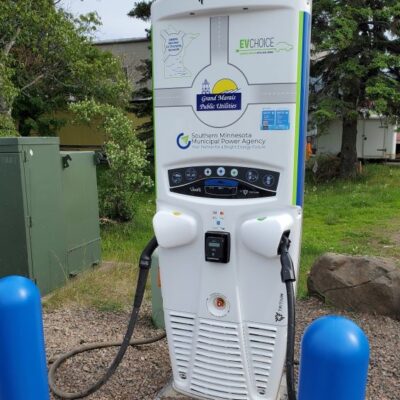