The concerns were specifically about where the detour on County Road 7 meets the intersection of Fifth Avenue West in Grand Marais. The root of these concerns focused on large trucks and problems they could have, particularly when carrying heavy loads and going uphill on certain sections of the detour as it was originally laid out to go up Fifth Avenue past the hospital and connect with the Gunflint Trail. Commissioner Bobby Deschampe said he would like to see the detour continue straight on County Road 7 in front of the local school and YMCA. This route would make it far easier for truckers during the construction phase scheduled for this summer.

During the public comment period of Tuesday’s meeting, Interim County Administrator Rena Rogers read a submitted statement from local resident Andrea Orest. As a parent with young children, Orest said she did not support the reroute going directly in front of the local school at any time of the year, as children and young people visit the area on a frequent basis.

To open the meeting, and after some technical issues, the county board discussed the reroute and the updated plan MnDOT submitted to the county in recent days. A separate issue arose during the discussion, that being a proposed four-way stop at the intersection of the Gunflint Trail and Fifth Avenue West.

After discussing this single topic for more than 90 minutes, the board voted to approve sending truck traffic and all vehicle traffic in the reroute off Highway 61 past the local school and YMCA on County Road 7. This is in contrast with the reroute and original MnDOT plan to send traffic up Fifth Avenue west and connect with the new Gunflint Trail.

Moving ahead, the plan supported by the county board is to send all traffic on County Road 7 during the upcoming reroute of Highway 61, starting near Cascade State Park, crossing Fifth Avenue West and going in front of the local school and the YMCA.

Short-Term Rental Update
As WTIP reported last year, Cook County is now officially involved with the regulation and oversight of vacation rentals through a specific ordinance. During a meeting of the Cook County Board of Commissioners in May 2019, the board voted 5-0 to adopt a vacation rental ordinance.

In essence, the ordinance provides oversight on how many short-term rentals are operating in Cook County, if they are paying required fees to legally operate and a set of guidelines to monitor how the rental properties operate under county rules and regulations.

During this week’s meeting, Land Services Director Tim Nelson said the ordinance went into effect Jan. 1, 2020. That being the case, the situation with COVID-19 has largely upended the local lodging industry, including short-term rentals. To date, the number of people applying for the permit is far lower than the county expected, Nelson said. The funds generated from the permits were supposed to pay for any in-house or contracted fees that come from this oversight and enforcing the new ordinance.

A key element of the ordinance is an annual registration fee paid to the county in order to legally operate a vacation rental. The fee applies to each individual short-term rental in Cook County. The fee per unit is $200, Nelson said.

At the suggestion of Commissioner Ginny Storlie, the idea of putting the ordinance and any permits on a moratorium for the current year came forward, largely because of the concerns about a lack of rental nights for local short-term rentals due to concerns of the coronavirus. Nelson said he would need to consult with the county attorney before offering direction on a moratorium on the new ordinance and required permits to legally operate at short-term rental in Cook County.

As it is, the ordinance is in place for three years. At that time, the ordinance will be reviewed and the county will consider extending it or taking another course of action with regard to oversight of short-term rentals.

Taxes
The Cook County Board of Commissioners approved a plan to delay penalties or interest on tax payments made after the May 15 deadline, giving property owners until later this summer to get current on payments to local government and other entities that include the local schools and hospital.

Cook County Auditor-Treasurer Braidy Powers said during a committee of the whole meeting April 21 that there won’t be a statewide directive to counties saying tax payments and filing can be outright delayed, as was the case with income taxes this year.

However, there is the option of delaying any penalties or interest should taxpayers need more time due to financial impacts caused by the COVID-19 pandemic. This is the plan the county board approved Tuesday.

Highway Engineer
Cook County Highway Engineer Krysten Foster, who is also the highway engineer for Lake County, submitted her letter of resignation to both counties Thursday, April 16. The resignation was officially accepted during this week’s board meeting.

Foster is pursuing other career opportunities with the Minnesota Department of Transportation.

As they accepted, with regret, her resignation, all of the commissioners shared words of appreciation for Foster and her work as the local highway engineer. Commissioner Heidi Doo-Kirk said Foster changed the way residents of the Gunflint Trail, in particular, view the local highway department. By being open to hearing what local residents had to say, and a willingness to visit the remote roads throughout the county, Foster rebuilt trust among local taxpayers regarding how they view the highway department, Doo-Kirk said.

Foster’s last day as the local highway engineer will be May 26.

County Attorney Molly Hicken advised the board to wait until next week before voting to approve Tardy as the interim highway engineer. Hicken wanted to wait until she could clarify some language in appointing an interim department head at the county level. 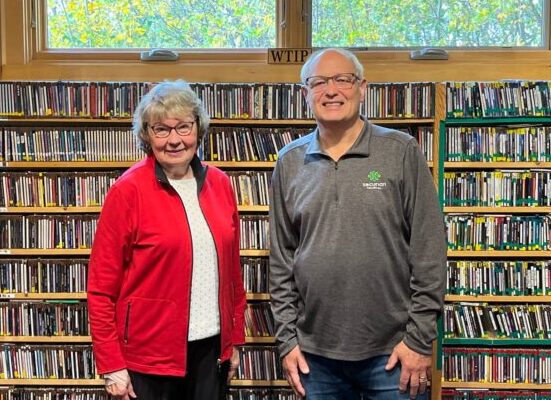