Cook County Board of Commissioner forums on WTIP

2022 election ballots are set to be mailed next week in Cook County. As WTIP’s local election coverage continues this week, we’ll be hearing from the candidates running to be on the Cook County Board of Commissioners.

During the first of these forums, WTIP’s Joe Friedrichs spoke with candidates who are running to represent District 1 on the county board, which includes Grand Portage, Hovland, and the east end of Cook County. The seat is currently held by Commissioner Bob Svaleson, who is not running for re-election this year.

The candidates running for District 1 on the Cook County Board of Commissioners are Deb White (left in photo) and Yanne Spry. To hear the forum, listen to the audio below.

Topics discussed in the forum include housing, zoning issues, the planning commission, treaty rights, the 2023 levy and use of the reserve fund, and more issues relevant to the upcoming election.

Cook County Commissioners Stacey Hawkins is now essentially running unopposed in her reelection campaign for the District 2 seat on the county board.

This follows news shared with WTIP Oct. 3 from Candidate David Berglund, who announced he was dropping out of the race. Berglund said he is putting his support behind Commissioner Hawkins as she seeks re-election. Berglund’s name will still appear on the ballot, but he has unofficially decided to drop out of the race.

Hawkins spoke with WTIP Oct. 4. Audio in playlist below.

District 4 on the Cook County Board of Commissioners is up for re-election this year due to redistricting following the most recent census count.

The district, which includes the Gunflint Trail and Devil Track Lake areas, was on the ballot in the most recent election and will be again in 2024.

The seat is currently held by Commission Ann Sullivan, who is running for re-election this year. She is being challenged by Theresa Luther-Dolan.

Listen to their Oct. 5 forum in the audio below.

The remaining schedule for the county commissioner forums on WTIP this week is as follows:

District 5 on the Cook County Board of Commissioners is also up for election this year.

The district, which includes Lutsen, Tofte, Schroeder and the west end of the county, is part of the regular election cycle this year. Some of the other seats up for election this year are due to redistricting.

The seat is currently held by Commission Ginny Storlie, who is running for re-election this year. She is being challenged by Bruce Martinson

They spoke during the Oct. 6 commissioner forum on WTIP. Audio below.

Topics covered during the District 5 forum include the proposed expansion of Lutsen Mountains, vacation rentals, a proposed ban on wake boats, and the county’s budget for 2023 and moving forward. 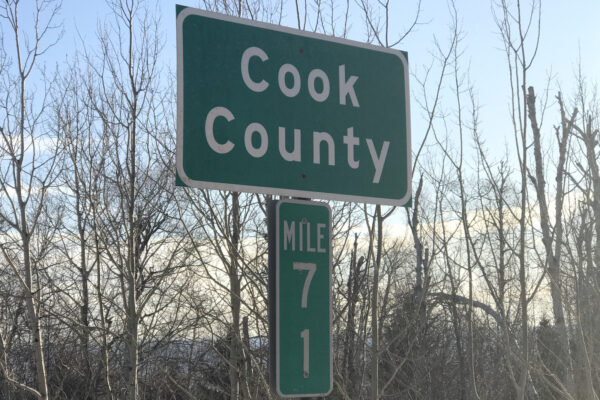 County Cook County to receive more than $2 million for housing, roads, or other community needs Read More
©2022 WTIP | Website Design & Development by W.A. Fisher Interactive. Report Problems.
We use cookies to offer you a better experience, analyze site traffic, and serve targeted advertisements. By continuing to use this website, you consent to the use of cookies in accordance with our privacy policy. X