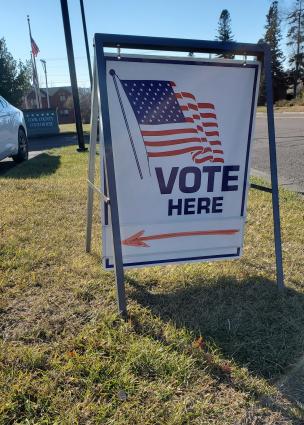 The following are the unofficial results of the local elections in Cook County from the Nov. 3 election as compiled by the WTIP news staff.

–Advancing to the special election for District 1 are Paula Marie Powell and Robert Svaleson. Powell earned 283 votes and Svaleson, 202.

Swearingen will remain in her council seat.

The four-way race for the two city council seats on the ballot ended with incumbent Craig Schulte being re-elected with 458 votes.

The second vote-getter who will now join the city council was Michael Garry with 337 votes.

ISD 166 School Board
For the School District 166 District 4 race to fill the school board seat vacated when Sissy Lunde decided not to run for re-election.

Running as write-in candidates were Lindsey Gau and Stephanie Radloff. In a very close finish, Radloff won the seat with 209 votes. Gau finished with 201 votes.

Carrie Jansen of District 2 was unopposed and was re-elected to the school board.

State and National
District 3A Rep. Rob Ecklund (DFL) retained his seat in the Minnesota House.

In the audio below, WTIP’s Joe Friedrichs talks with some of the winning candidates.