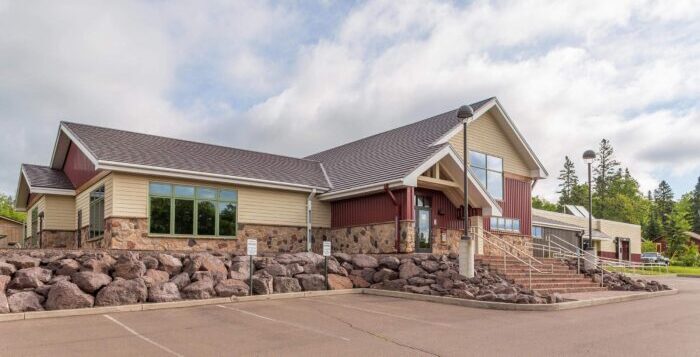 On August 26, at about 11:15 am, internet, and cell service vanished from Cook County. And for nearly 6 hours, it remained that way.

While some individuals took advantage of the opportunity to leave work early and disconnect from emails and social media, some businesses in Cook County didn’t have the same luxury.

In addition, as visitors made last-minute pit stops to fuel up on gas and snacks before heading out on a multi-day Boundary Waters trip, gas station owners simply asked customers to swing by after their trip and pay on their way out of town. Business owners even lent cash to individuals as ATMs were offline.

When the fiber outage shut down the daily routine of the tourist town of Cook County, the community persevered and found creative solutions to weather the digital storm.

“County businesses and locals are incredibly resilient and able to deal with just about anything that we throw at them, which is amazing,” said Sarah McManus, member service manager at Arrowhead Electric Cooperative.

Following the August 26 fiber outage, WTIP reached out to Arrowhead Electric to learn more about the details of the county-wide fiber outage.

McManus said, “A contractor was plowing in power to a new road just north of Silver Bay and ran into some fiber pipe repeatedly, unfortunately. And that cut our connection to Duluth and the outside world.”

Once Arrowhead Electric discovered the fiber outage, McManus said they contacted the Sheriff’s Department to let them know what had happened. “Our first priority is public safety.”

While McManus said Arrowhead Electric has redundancies in place for outages, the contractor not only damaged the main fiber lines but also damaged the backup fiber routes.

“We do have a backup agreement with NESC for outages. It’s just unfortunately, the route that the backup took was what was damaged as well in this case.”

Since the damage to both routes was outside of service territory, Arrowhead Electric had minimal control during the outage.

To try and avoid future long-term outages, McManus said Arrowhead Electric is “Looking at alternate routings to work around these few pinch points that we have left.”

McManus said that Arrowhead Electric is working closely with NESC to ensure a full failover. “So that this sort of thing, rare as it is, if it were to happen again, we would have a much shorter outage, or none at all in the best case scenario.”

WTIP’s Kalli Hawkins spoke with Sarah McManus, member service manager with Arrowhead Electric Cooperative after the August 26 county-wide fiber outage. Audio from the interview is below.