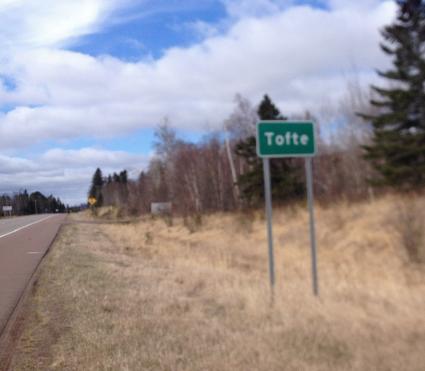 County board approves $1.3 million in tax breaks for Tofte projects

The Cook County Board of Commissioners unanimously signed off on more than $1.38 million dollars in tax breaks for two proposed projects in Tofte.

The decision was made during a board meeting Oct. 26 to approve tax abatements for a pair of developments in Tofte that could reshape the landscape of Cook County’s west end in the coming years.

The two projects are independent of each other. Both would be located in Tofte near Highway 61. The first project, known as the Tofte Homestead, would include six retail and 14 housing units in two stand-alone structures.

To learn more about the project and view blueprints and specifics, click here. Information about this project has been presented on multiple occasions to county officials by former Bluefin Bay owner Dennis Rysdahl and a current member of the ownership team, Joe Swanson. The name for this project is the ‘Tofte Homestead,’ as the property was originally owned by the Tofte family in the early 1900s, Rysdahl said.

The other project proposed during this week’s meeting is known as Sawbill Village. This project includes four business retail spaces for rent on the lower level, six apartments on the upper level and a detached garage featuring one stall for each apartment. The 2.2-acre development site is located near Highway 61. It borders Tofte Park near Lake Superior. To view the specifics on this project, click here.

The total tax break for the Sawbill Village is an estimated $686,000 over the course of 15 years.

Commissioner Ginny Storlie said there were concerns raised in recent weeks by local residents who reside near the properties where the developments are proposed. Among the concerns expressed were those related to septic systems and wastewater discharge. Storlie said she also heard concerns from local residents regarding the length of the tax abatements.

Both developments and the representatives leading them requested Cook County to offer tax abatements for the projects. A tax abatement allows the county to reduce a parcel or property of its property tax for economic development purposes or because a property fits a specific need of the county. In this case, representatives for each project highlight the fact the developments will address the housing issue in Cook County, indeed a critical issue locally. Also included in the package would be retail and restaurants, which raises the notion of an equal playing field for future development of other businesses in Cook County with regard to taxes paid, according to a previous WTIP interview with County Administrator James Joerke.

Tax breaks in this capacity, also known as tax abatements, are frequently used by large corporations across the country. Amazon utilizes the strategy frequently, including a 2015 project in Minnesota. According to a report from Good Jobs First, Amazon has so far received about $650 million in tax incentives in 2021.

Another example of a tax break to a corporation in Minnesota is the development of a Costco facility in Duluth. The general idea behind a corporation requesting a tax abatement is the benefit the business or organization it claims it will bring to the community, often jobs or various forms of economic growth.

In Cook County, Auditor Braidy Powers said during a previous public meeting in 2021 this is the first time a tax abatement of this scale has been considered locally. Though a new precedent was set in the community, the notion of allowing commercial properties tax breaks on a scale of this size in Cook County was not discussed during Tuesday’s meeting. Any specific questions the commissioners had for financial advisors and the developers focused on housing, not on the issue of setting a precedent for tax breaks.

When it comes to the housing units involved in the projects, both developers noted that Cook County’s ‘workforce’ would have access to the rentals. That being the case, when it comes to who will, or at least could, live in these new housing units, Rysdahl specifically noted J1 and H2B visa workers that Bluefin traditionally hires annually.

Board Chair Dave Mills acknowledged that he heard from a local resident regarding the tax breaks for these projects. When it comes to tax breaks for businesses in Cook County, Mills said these projects address a critical need for more housing in the community and will later provide a tax base.

“The first time I heard of tax abatements and learned about them I was also very skeptical,” Mills said. “But as I learned more and more, I began to realize their value and potential and how we can really help our community using them.”

In addition to the tax breaks, the developers plan to seek grant funding to build the projects, including from the Minnesota Housing Finance Agency and the Iron Range Resources and Rehabilitation Board.