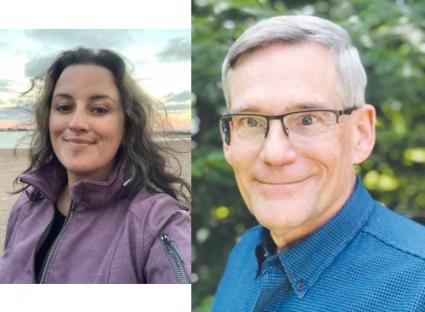 County board will hold special meeting Feb. 11 to swear in new District 1 commissioner

The Cook County Board of Commissioners will hold a special meeting Feb. 11 to swear in the new commissioner elected to represent District 1 on the county board.

Two candidates will appear on the ballot: Paula Marie Powell and Bob Svaelson.

During a meeting of the county board Jan. 12, Board Chair Dave Mills emphasized a sense of urgency to get the full board in place as soon as possible. The election results will likely be certified Feb. 11, according to Cook County Auditor Braidy Powers. The special meeting to swear in either Powell or Svaelson will take place on the same day the results are certified.

The reason for the special election dates back to June 2020 when now former District 1 Cook County Commissioner Bobby Deschampe won an election to be the next chairperson for the Grand Portage Band of Lake Superior Chippewa.

The audio below is an interview with WTIP’s Joe Friedrichs speaking with County Administrator James Joerke. Topics discussed include an update on the special election and the special meeting scheduled for Feb. 11, an update on COVID-19 and various roles county staff continue to contribute through the pandemic. Joerke also shares more information on an error in the assessor’s office that led to complications with the county’s levy for 2021.