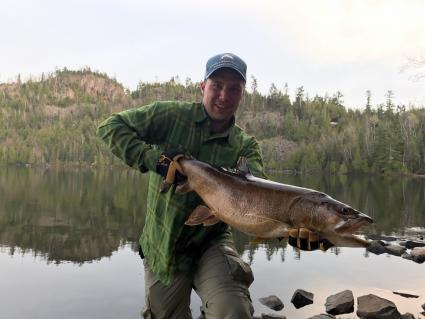 Lake trout in Cook County are on their own when it comes to sustaining their populations on lakes in or near the Boundary Waters and Gunflint Trail corridor.

A recent decision by the Minnesota Department of Natural Resources to discontinue – at least temporarily – lake trout stocking is both a success story and an indication into how hard it can be to reintroduce fish species into area lakes once they vanish.

East Bearskin Lake in the Mid-Gunflint Trail area is a perfect example of the latter. The DNR stocked somewhere between 4,000 to 6,000 lake trout in East Bearskin in 2021. With a few pockets that reach 60 ft. deep in the lake, the DNR’s hope was that by stocking lake trout in the popular waterbody, the population of lakers would rebound, if not thrive. Lake trout were historically found in East Bearskin, but fishing pressure and the introduction of species such as smallmouth bass impacted the number of lake trout in the lake, according to the DNR. Serving as an entry point to the Boundary Waters Canoe Area Wilderness, East Bearskin is popular throughout the year and could serve as a setting for local ice fishing anglers to catch lake trout, in addition to those fishing by watercraft.

Stocking fish is an expensive endeavor. It is not cheap to collect fish eggs, grow the fish, and then truck them to where they are eventually stocked, in this case, the Gunflint Trail.  Lake trout stocking is also complex, as the DNR strives to keep the strain locally sourced whenever possible. Many of the lake trout stocked in Cook County lakes, and elsewhere in Minnesota, come from Cook County’s Mountain Lake, a remote lake located inside the Boundary Waters Canoe Area Wilderness, near Clearwater Lake. The DNR would collect lake trout eggs from a spawning reef in Mountain Lake and then transport them to a hatchery near Lanesboro in the southeastern corner of the state. 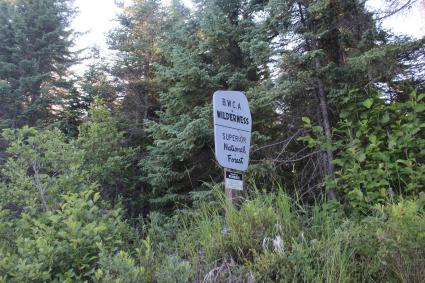 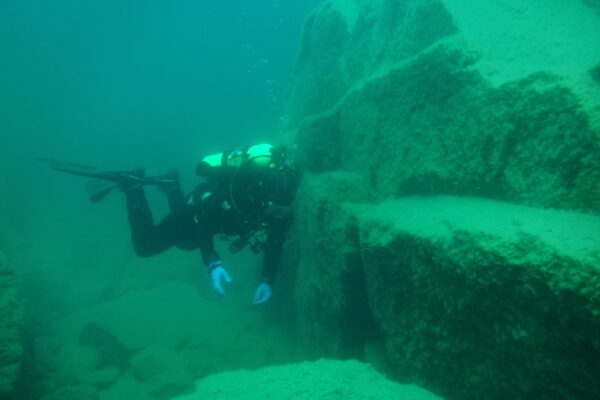