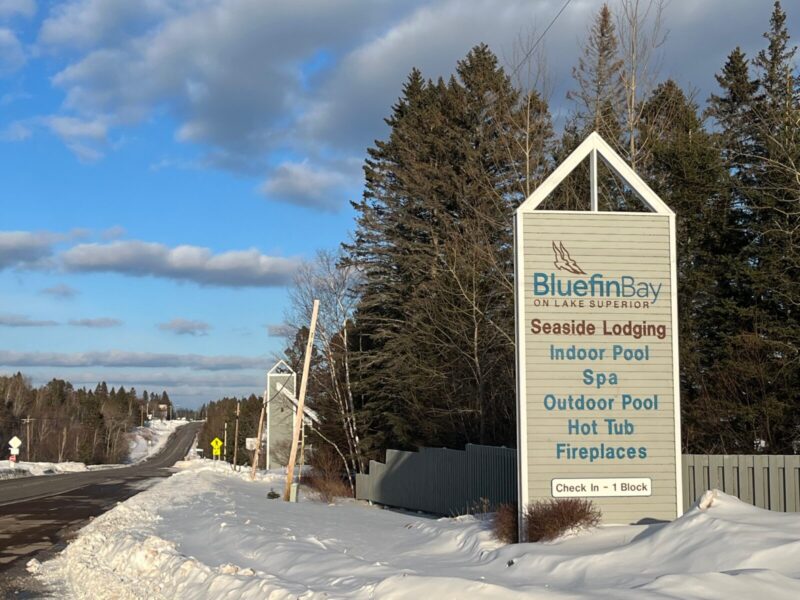 Despite the approval of tax breaks on the local level, along with grant money from the Iron Range, the fate of a retail and housing development in Cook County is less clear after it was denied state funds that local officials say were “needed” for the project to move forward.

The Downtown Tofte project is a proposal from Joe Swanson, the owner of Bluefin Bay. Swanson and his supporters, including Dennis Rysdahl, the former owner of Bluefin, have spent months soliciting funding, grants and tax abatements to finance the project.

The Downtown Tofte project would include two buildings. The structures would be located between AmericInn and Sawtooth Outfitters near Highway 61 in Tofte. The estimated cost of the project is more than $5.4 million. It would include 14 apartments and six retail spaces.

Swanson and others involved with the proposed development requested a grant from the Minnesota Housing Finance Agency (MHFA) that would cover costs related to the project. The development team asked for more than $900,000 in the form of a grant from MFHA. The request was denied April 20.

“This does create a large question mark around the timing and scope of the project,” Swanson told WTIP.

Swanson said the MHFA program “was oversubscribed and we simply are not on the final list.”

In late 2021, the Cook County Board of Commissioners unanimously signed off on more than $1.38 million dollars in tax breaks for two proposed projects in Tofte.

The two projects are independent of each other.

The total tax break for the Downtown Tofte project will be more than $706,000 over the course of 15 years, if the development plans move forward. The tax break comes on top of $450,000 from the Iron Range Resources and Rehabilitation Board to construct infrastructure to develop the Downtown Tofte project. Those funds were secured through the Cook County Economic Development Authority.

To learn more about the project and view blueprints and specifics, click here.

The other project proposed for Tofte is known as Sawbill Village. This project includes four business retail spaces for rent on the lower level, six apartments on the upper level and a detached garage featuring one stall for each apartment. The 2.2-acre development site is located near Highway 61. It borders Tofte Park near Lake Superior. It was approved for a grant from MHFA in the amount of $648,000.

Moving forward, the total tax break from the county for the Sawbill Village will be an estimated $686,000 over the course of 15 years. The Sawbill Village did qualify for an MHFA grant, according to project lead Rob Dieter.

“We have a lot to do,” Dieter told WTIP. “We need to begin construction within 12 months and finish in 24 months.”