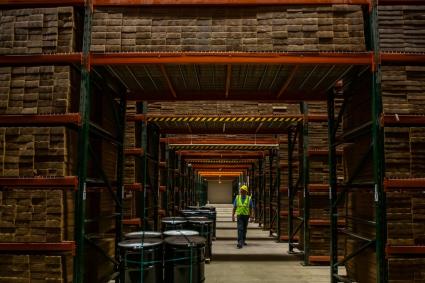 Minnesota lawmakers are ramping up efforts to prevent mining companies from gaining a foothold in Minnesota with legislation that aims to slow or ban copper-nickel mining on the Iron Range.

Companion bills set to be proposed by state lawmakers and U.S. Rep. Betty McCollum seek to block copper mining on federal lands in the Rainy River watershed, most of which is contained within the pristine Boundary Waters Canoe Area Wilderness. The lawmakers joined anti-mining group Save the Boundary Waters at a news conference Thursday to outline the permanent plan to protect the wilderness area.

“A pollution-free, safe copper mine simply does not exist,” McCollum said. “The water quality remains clean only because the lakes and rivers and groundwater in the Rainy River watershed upstream from the wilderness are not polluted by toxic mining.”

Another state bill, which lawmakers dubbed “Prove it First,” proposed Wednesday wouldn’t ban mining. But it would force companies to prove that they had safely operated a similar non-iron mine elsewhere for at least 10 years without resulting in pollution or contamination.

WTIP’s Joe Friedrichs spoke with District 3A Rep. Rob Ecklund about the ‘Prove it First’ legislation discussed this week in St. Paul. While stating that he wanted to learn more about the intent of the proposed legislation, Ecklund said the bill had little hope of advancing during the 2021 session.

The audio below is from a Jan. 14 interview on WTIP about this topic.