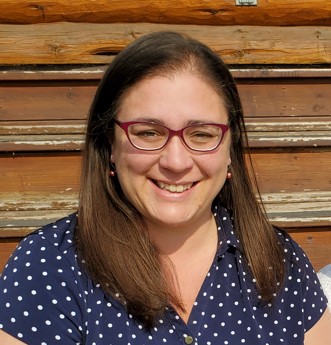 The Cook County-Grand Marais Economic Development Authority met on Tuesday, March 15 and in addition to mundane matters such as bylaws review, the EDA granted $50,000 to a local housing project and $25,000 to a newly established business.

Anna Hamilton of Hamilton Habitat, Inc. was at the EDA meeting to answer questions about her nonprofit’s request for funds for their next project, a 533-square foot home on the Gunflint Trail near the Cedar Grove Business Park in Grand Marais. Hamilton told the EDA that the house, like others her organization has constructed or renovated, will be owner-occupied and under deed restrictions, must be homesteaded. She said the intent is to create housing for Cook County’s workforce. Hamilton told the EDA that this is one of three houses that Hamilton Habitat is working on for 2022.

EDA Director Beth Drost told the board that there are funds available in the EDA’s housing budget because another housing project has been put on hold. The EDA approved a $50,000 grant for the development of employee housing at Hedstrom Lumber earlier this year. However, due to rising construction costs, the company decided to postpone the project.

After some questions about the construction of the house and deed restrictions, the EDA agreed to grant the funding to Hamilton Habitat, along with thanks for her work to solve the housing shortage.

The other money granted was from the EDA’s business development fund to the North Shore Laundry in the Cedar Grove Business Park. The EDA had previously committed $16,000 to the business. EDA Treasurer Scott Harrison said he had visited with the laundry owners and said because of the increased cost of materials and other factors, the business had a start-up budget overage of $65,000. A portion of that added expense was the higher price that had to be paid for a delivery truck. Harrison said he felt the North Shore Laundry request was reasonable and the grant was approved by the board.

In other housing news, the EDA agreed to hire LOCi Consulting to conduct a comprehensive market analysis of housing in Cook County for a cost of up to $15,000. The EDA is asking the firm for “existing conditions and potential demand for” single-family housing units, market-rate rental units, affordable rental units, and senior housing units, both market-rate and affordable. The consultant said the report should be available in about 45 days.

Harrison asked if the newly-formed Housing and Redevelopment Authority (HRA) could help cover the cost of the study. County Administrator James Joerke, in attendance at the EDA meeting, said when the county had developed the HRA budget, it did not include any funds for such a study. Drost said this is something the EDA can do to help the HRA as it gets underway. She noted that the EDA and HRA will likely continue to work hand-in-hand on housing.

Drost gave the board an update on the Cook County Child Care Coalition town hall meeting that was held on March 14. She said the organizers were very pleased with attendance at this virtual meeting. There were nearly 60 participants who listened to a presentation by First Children’s Finance and then took part in breakout sessions for brainstorming. She said there were some great ideas brought forward and lots of energy. First Children’s Finance will compile the feedback and return to the child care coalition with a report and suggestions for the next steps. Drost thanked the board for supporting her work with the Cook County Child Care Coalition, which she said, is a mix of EDA and personal time. The board agreed that child care is an important factor in Cook County’s economy.

EDA Board Chair Howard Hedstrom asked if there had been any progress toward getting the city of Grand Marais to amend its zoning ordinance to allow residential use in the Cedar Grove Business Park when it is affiliated with a business. The EDA has several lot sales pending from purchasers who want to construct a business that has living space. Drost said she has done a lot of research and has met with City Administrator Mike Roth and he suggests bringing the matter back to the city council. Drost said it first has to go to the Grand Marais Planning Commission, which previously approved the zoning change. It will likely be May before this is heard by the city council again.

The EDA is still looking for another board member to serve on the authority after the resignation of city representative Virginia Palmer. Anyone in the city of Grand Marais with an interest in economic development may apply at city hall. The application form can be found here.

Finally, the EDA board asked how it could “get the word out” about the work it has been doing. Drost said the EDA website and Facebook page are good resources for the public. She suggested the EDA board share those sites with their social and business contacts.

WTIP’s Rhonda Silence spoke with EDA Director Beth Drost about all this and more in this interview.