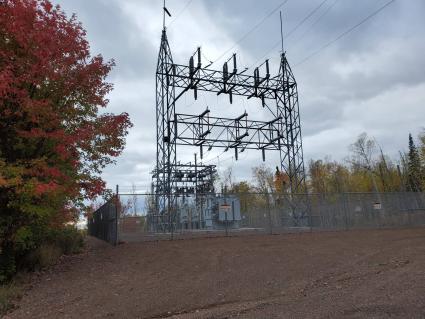 Earlier this month, the U.S. Forest Service and officials from Superior National Forest hosted a virtual open house that could be one of the final steps toward a decision on whether or not to allow the Lutsen Mountains Ski Area to expand ski runs and operations onto nearly 500 acres of adjacent U.S. Forest Service lands.

A variety of comments, questions and concerns were shared following a presentation from the Forest Service. Most of the concerns or questions from the public focused on the impact an expansion of the local ski hill would have on the environment. Topics addressed ranged from climate change to light pollution, for example.

Meanwhile, there’s been speculation about the energy needs that would be required to run the ski hill should the expansion move forward. Among the talking points is that a new substation would be required to support the electricity needs for the ski hill. This, in fact, is true, according to officials at Arrowhead Electric Cooperative in Cook County.

Based on community dialogue following the Forest Service’s virtual town hall, some community members believed Lutsen Mountains should be responsible for the costs of building the new substation, as it would primarily be built to serve the ski hill’s electricity demand. For comparison, as the county looks to add more housing, if and when 500 more homes are built in the community, Arrowhead would need to collect more power to match demand. If Arrowhead needs to build another substation, the people who own those 500 homes, or the contractors who build them, will not have to pay for a new substation, all Arrowhead members will, the same as it in the example of Lutsen Mountains.

Or, if a factory were to come here, that factory would not have to pay for a new substation alone, Twiest said. In other words, the cost of a new substation would be shared equally no matter the reason why Arrowhead needs to get more power.

Regardless, the new substation would cost about $2 million to build. Breaking the numbers down, if an Arrowhead customer currently has a bill of $150 per month, that bill is likely to go up by approximately one percent, which would equate to $1.50 per month.

It’s challenging to know exactly how much any given power bill is going to increase at this time, Twiest said. For one thing, the special use permit Lutsen Mountains is requesting remains in a review phase. Until a final plan is approved or not approved, all costs and potential increases in electricity bills remain hypothetical, Twiest said.

What is certain is that if the expansion plans for the local ski hill move forward there will be a need for a new substation, and therefore all Arrowhead electric members will see an increase in their utility bills, he added.