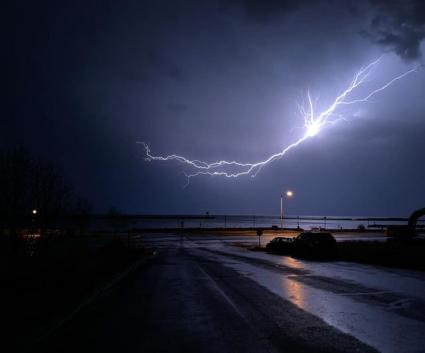 A thunderstorm rolled through the Boundary Waters Canoe Area Wilderness and along the North Shore Monday night (April 5).

Included in the storm was consistent lightning, with cloud to land bolts being observed by community members from Lutsen to the end of the Gunflint Trail.

Patty Johnson, the fire management officer on the Gunflint and Tofte Ranger Districts, said April 6 that no fires were reported on Superior National Forest from lightning strikes and that Forest Service personnel did not expect any fires from the storm due to snow and varying conditions inland in Cook County.

Johnson spoke with WTIP’s Joe Friedrichs and also shared an update on recently prescribed fires near the Sawbill Trail and what to expect for the 2021 fire season. The audio below is their conversation from April 6.