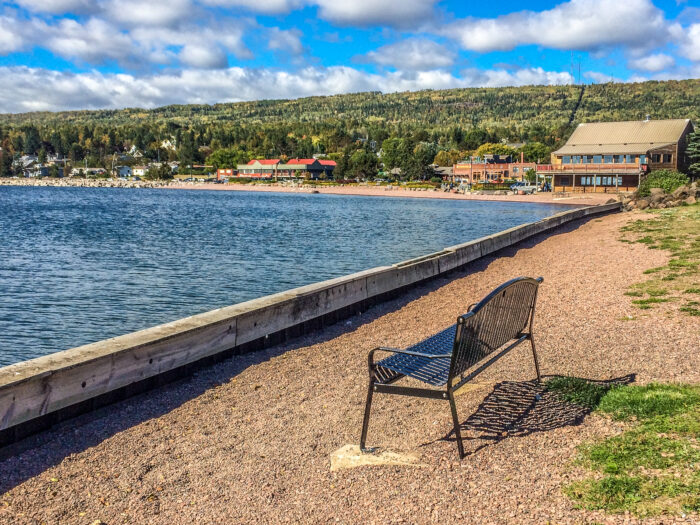 A collection of beautiful mornings rolled over Grand Marais during the first two weeks of July. Calm winds. Magical sunrises. Gulls gliding over the harbor.

As visitors and local residents start their mornings on the eastern edge of Grand Marais, another reality accompanies these natural wonders: The raw stench of human waste.

As the peak of summer arrives to the North Shore, visitors and community members are again noticing a foul odor on the east side of Grand Marais. The area where the smell is the strongest is near the Highway 61 corridor, an area where many local businesses are present. Among them are vacation rentals and lodging facilities that rent for several hundred dollars per night. Private homes are also in the area.

The smell is coming from the city’s wastewater treatment facility. Temperature, humidity, precipitation, and the amount of incoming waste fluctuates continuously, significantly impacting the chemistry involved in processing wastewater, according to past reports from city officials.

Most of the complaints about the smell of sewage stem from the east end of Grand Marais near Highway 61. This is the end of town closer to the Canadian border. Though largely centralized to the outer reaches of city limits, when the winds blow in certain directions the smell of human waste permeates throughout town.

“It’s not just the east side, I live on the west side and can smell it,” a local resident said in a social media post July 15.

Indeed, during recent days, people in Grand Marais likely noticed that the wastewater treatment facility was emitting an unusually obnoxious odor. On Friday morning, July 15, a bearded runner wearing a green shirt jogged along the sidewalk in an area where the odor was so strong one could barely muster a sustainable breath. Nearby, a man in a blue raincoat walked slowly down the sidewalk. A dog on a leash was at his side.

Generally, the more offensive odors coming from the plant stem from unbalanced ratios of waste, bacteria and oxygen in the sludge digestion tanks, city officials claim.