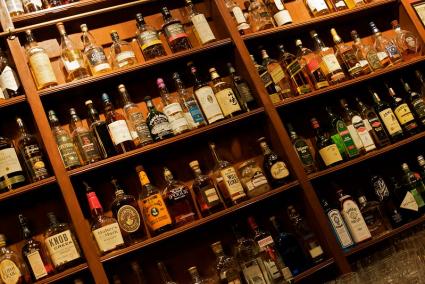 The Grand Marais City Council voted last night, March 18, to close the Grand Marais Municipal Liquor Store for an indefinite time due to the coronavirus (COVID-19) pandemic. They will revisit the decision at their next council meeting, on Wednesday, March 25.

WTIP Community Radio reached out to other establishments that sell liquor to learn their plans. Most of the area’s liquor stores are remaining open, with some changes to operations. All of the businesses we spoke with asked customers to follow the guidelines of the Minnesota Department of Health and the Centers for Disease Control for slowing the spread of the coronavirus.
Here’s what we learned.

Lutsen Liquor in Lutsen will also be open with no Sunday hours. Because the store is small, they are asking that no more than four customers enter the store at one time. Lutsen Liquor can be reached at 218-663-7370.

Poplar Haus on the Gunflint Trail is open and offering curbside food service. The liquor store will remain open as long as Poplar Haus has supplies. Because the Poplar Haus liquor store is so small, they are limiting visits to two customers at a time. Poplar Haus can be reached at 218-388-2222.