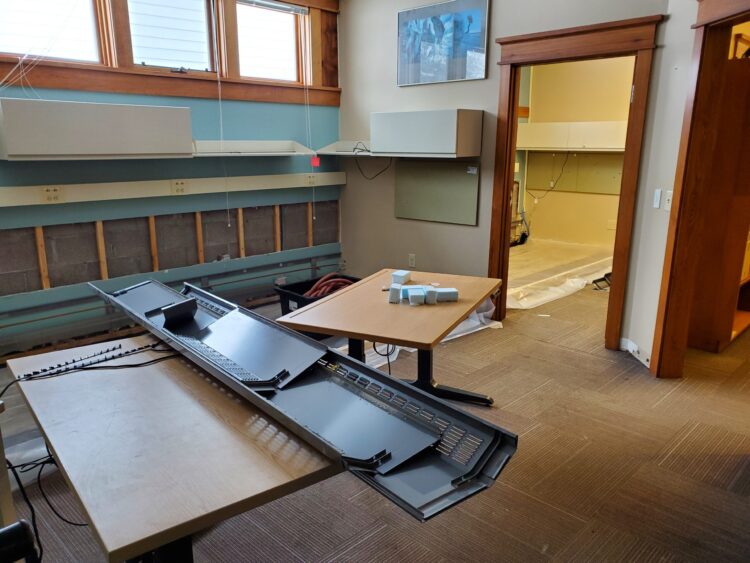 Rain and melting snow created a surge of stormwater and caused flooding inside the Grand Marais Library during recent days.

Library staff immediately began removing the water with vacuums capable of absorbing liquids. In addition, Grand Marais facilities maintenance crew removed snow from around the building to create channels to divert surface water away from the library. City officials said it became clear more resources were needed to manage the water and minimize damage. A contracted service was hired to provide additional vacuums, industrial dehumidifiers and blowers.

As of Monday (April 18), library staff are still mitigating flooding in the library and the library remains closed. There is no set date for when the library will reopen.

Library staff have moved all of the materials in the collection out of areas where they would be in direct contact with pooling water. No materials have been submerged or damaged directly and are currently stored in a safe elevated area of the library.

Library Director Amanda St. John said that both city and library staff have been heartened by the community’s concern for the library and are working very hard to reopen the library as soon as possible.

WTIP’s Rhonda Silence toured the library April 18 with the library director and shares this report. Audio below. 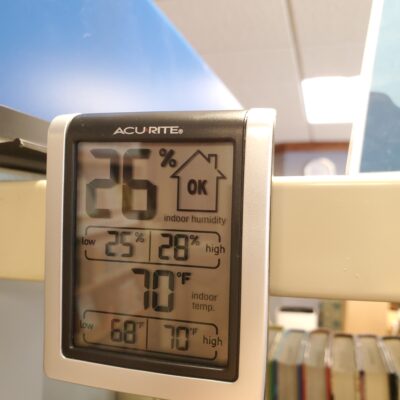 Flooding conditions are improving as of April 18, but the library is closely monitoring the humidity in the building. 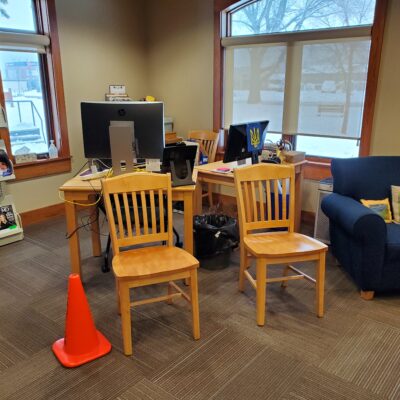 The Quiet Room in the library is now a temporary storage and office space. 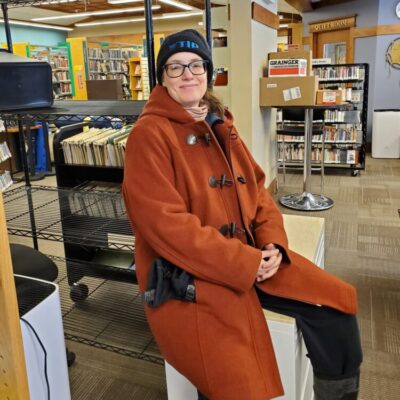