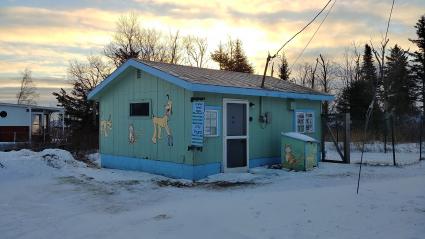 In fact, the issue of what to do with the animal pound has been a topic of discussion at many meetings over several years.

The small cinderblock building has to be moved to make way for the Minnesota Department of Natural Resources improvements to the recreation park boat launch and marina. Work on the waterfront will begin this summer.

Since the deadline to relocate the pound is now looming, the discussion has ramped up. WTIP’s Rhonda Silence sat down with Grand Marais Mayor Jay Arrowsmith DeCoux to learn more about plans for the pound.