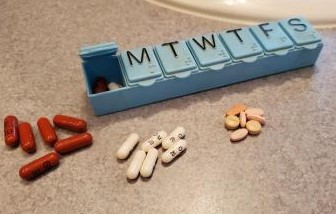 Earlier this month, WTIP Community Radio learned that the Grand Marais Pharmacy, the county’s only pharmacy at this time, would be closing at the end of August. Today, August 17, Pharmacist Bob Sample, who owns the pharmacy along with some other local investors, said the pharmacy would be open a bit longer, until September 8.

Sample said he was working with transferring patient pharmacy records to Walgreens, which he said would serve North Shore customers well through mail order services. However, that is the reason the shut down of the Grand Marais business has been pushed back. Sample tells WTIP that the transfer is taking a bit longer than expected.

As previously reported on WTIP, the local healthcare clinic is set to open its own in-house pharmacy in early 2021. Surbaugh said today that the clinic “is still on track to open the on-site pharmacy in January.”