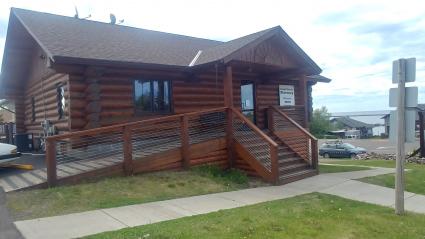 Cook County could be without a pharmacy by the end of the month.

As it stands now, the Grand Marais Pharmacy is set to close its doors August 31. That would leave Grand Marais and all of Cook County without a pharmacy.

WTIP reached out to Bob Sample, who owns the Grand Marais Pharmacy along with a team of local investors, but he declined an interview at this time.

Sample said he would share more information with WTIP when he could, but said there are many details to be worked out before the pharmacy can close. Sample also told WTIP today (August 10) that he is hopeful the pharmacy can continue to be open, but unless some issues are resolved, the closure will happen at the end of the month.

Administrative staff and other personnel at Sawtooth Mountain Clinic got word late last week about the potential closure of the only remaining pharmacy in Cook County. In a statement sent to WTIP today, Sawooth Mountain Clinic CEO Kate Surbaugh said the clinic staff “will do the best we can to help connect our patients with pharmacy services.”

As previously reported on WTIP, the local healthcare clinic is set to open their own in-house pharmacy in early 2021. Surbaugh said today that the clinic “is still on track to open the on-site pharmacy in January. We wish we could rush it, but that’s not possible. It’s a complex processing involving several different licensing bodies and set timelines.”

In the meantime, if the Grand Marais Pharmacy moves forward with their scheduled closure at the end of August, they “must hand off their ‘patient files’ to another pharmacy before closing. The Grand Marais Pharmacy will have to let patients know which pharmacy, and how to contact them, as part of the closing process. Patients can stay with that pharmacy if it works for them,” Surbaugh said.

As of early 2019, Grand Marais and Cook County had two pharmacies for local residents and others to choose from. In April 2019, the North Shore Pharmacy (formerly known as Arrowhead Pharmacy) closed its doors.

If Cook County is without a pharmacy for several months until the clinic is able to open in early 2021, the closest pharmacy would be in Silver Bay, some 50 miles away from Grand Marais and located in Lake County. WTIP reached out to staff at the North Shore at Essentia Health-Silver Bay Pharmacy to inquire if they are set up for an influx of new customers, primarily Cook County residents, if and when the pharmacy closes in Grand Marais. A response is expected soon from the Silver Bay pharmacy as a statement was being approved by the management team in Silver Bay.

In addition, Surbaugh said that mail order is another option for people looking to fill prescriptions in Cook County during the time there is not a local pharmacy.

“Mail order is a good option for most people,” Surbaugh said. “Most insurances have a mail order prescription option. Patients can also transfer their prescriptions themselves – simply call the pharmacy you wish to work with and say ‘I’d like to transfer my prescriptions.’”

Surbaugh said if there are issues in transferring, staff at Sawtooth Mountain Clinic can help. Simply call and ask for the refill nurse, she added.

This is a developing story. Check back for updates to this story and additional coverage on the likely closing of the Grand Marais Pharmacy that is scheduled for later this month.