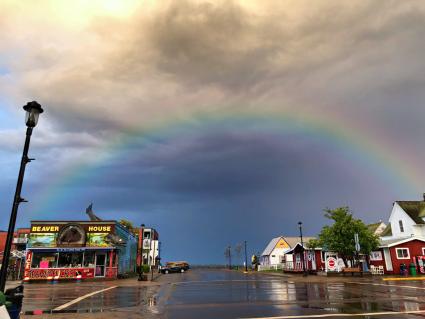 When the verdicts came in — guilty, guilty and guilty — some Cook County residents expressed letting out the breath they hadn’t even realized they’d been holding.

The same sense of relief, of accountability served and crisis at least temporarily averted, was palpable across the United States, including the North Shore and Cook County, on Tuesday after a jury found former Minneapolis officer Derek Chauvin guilty of murder and manslaughter in killing George Floyd, a Black man who took his last breath pinned to the street with the officer’s knee on his neck.

But when it came to what’s next for America, the reaction was more hesitant. Some were hopeful, pointing to the protests and sustained outcry over Floyd’s death as signs of change to come, in policing and otherwise.

Others were more circumspect, wondering if one hopeful result really meant the start of something better in a country with a history of racial injustice, especially in the treatment of Black people at the hands of law enforcement.

WTIP’s Rhonda Silence was in downtown Grand Marais and talked with numerous local residents in the hours after the verdict was read. The audio below is her report from April 20.