The Grand Portage Band of Lake Superior Chippewa held its primary for two seats on the Tribal Council on Tuesday, June 9. The results of the election can be found in this story.

WTIP also checked in with Grand Portage election judge Toby Stevens to learn more about the election, one of the first in the region conducted during the COVID-19 pandemic. The primary was held one day before the first COVID-19 case was confirmed in Cook County.

Stevens declined an on-air interview, but she tells WTIP that the turnout was very similar to previous years. The average votes cast at the Log Cabin Community Building polls over the past five years has been 142 with 113 absentee votes.

In the 2020 primary, there were 139 ballots cast at the polls and 147 absentee ballots submitted.

Stevens said the election board followed CDC guidelines for voters—the number of observers was limited to 10 and only three voters were allowed in the building at one time. She said voting booths were set up as usual, as they are normally spaced to allow voter privacy.

This year the election board had a door attendant, ensuring that the proper distances were maintained. Pens and pencils were not reused and all parties wore masks.

Overall, Stevens tells WTIP the primary went very well, with everyone complying with guidelines. She said the election board would likely follow the same protocol for the August 18 general election, depending on the COVID-19 situation at that time. 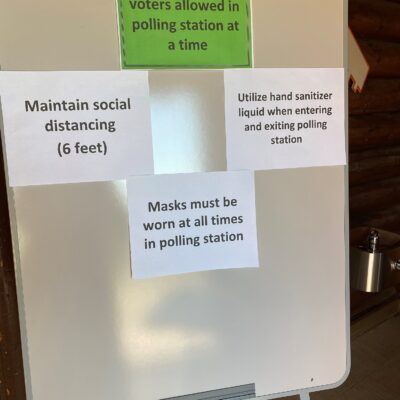 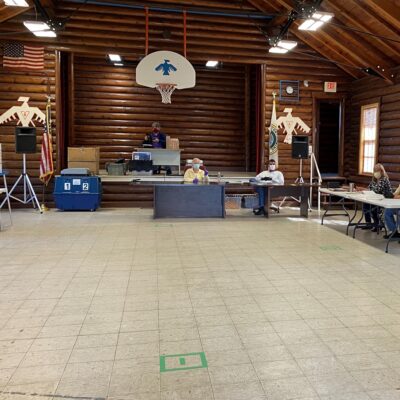