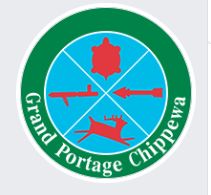 The Grand Portage Band of Lake Superior Chippewa made its concerns about the proposed expansion of Lutsen Mountains very clear in a letter addressed to the Cook County Chamber of Commerce.

When making note that the U.S. Forest Service land is on territory ceded by Chippewa Bands in the 1854 Treaty, Boyd suggests it is “unreasonable” to stop the expansion project as proposed by Lutsen Mountains because of “a remote chance it might at some unidentified future date become a focus of Ojibwe gathering.”

Deschampe, citing several previously decided legal cases, writes that ambiguities must be decided in favor of tribes and “must be interpreted as Indians would have understood them, and treaties must be construed liberally in favor of the tribes.”

Speaking for the Grand Portage Tribal Council, Deschampe says the Cook County Chamber was incorrect in its dismissal of the historic use of the land in question by the Ojibwe people. Deschampe says “tribal interests include, but are not limited to the sugar maples and old-growth cedar on Moose Mountain.” He states that removal of these stands will constitute an irretrievable loss of accessible culturally significant resources if the special use permit is granted to Lutsen Mountains.

The letter states that “contrary to the chamber’s assertion, there is significant evidence demonstrating historical Ojibwe use.” The letter notes that both Highway 61 and Ski Hill Road were developed on top of historical “Indian trails,” identified as such on original survey maps as the “Grand Portage to Beaver Bay Trail” and the “Trail to Lutsen.”

Lutsen’s Eagle Mountain (not the same location as Minnesota’s highest peak) is called “waasageshik” or “lightning sky” in Ojibwe. Waasageshik was the name of an important historic tribal leader who lived nearby. Deschampe notes that many descendants of this former tribal leader still live in the area.

The Grand Portage Band’s letter expresses disappointment at the Cook County Chamber’s letter to the U.S. Forest Service stating that “the chamber’s assertion betrays a fundament lack of understanding of retained treaty rights. Just as the owner of a parcel of land holds property rights to that land regardless of whether they have recently used or developed it, the retained usufructuary rights of a signatory tribe exist regardless of current or historic usage.”

Moving forward, the Tribal Council states it is their hope that the chamber will have “a deeper understanding” of treaty rights. The letter also states that it hopes the chamber better understands “that deference has been reserved for the tribes by the ‘supreme law of the land,’ the 1854 Treaty of LaPointe.”

Officials with the U.S. Forest Service told WTIP that input from three Chippewa bands will play an important role in determining the possible expansion of Lutsen Mountains. A public comment period on the proposed expansion runs through Dec. 9.