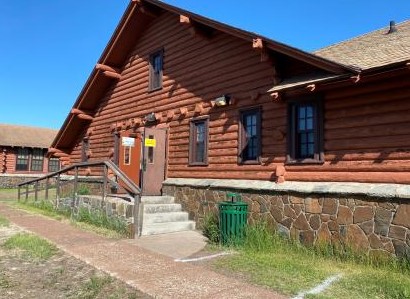 The Grand Portage Band of Lake Superior Chippewa is holding its general election Tuesday, August 18 with the polls open at the Old Log Community School from 8 a.m. to 8 p.m. The election will determine who serves as committeeperson on the Tribal Council.

On the ballot is incumbent Rick Anderson who received 41.16 percent of the vote in the June 9, 2020 primary and Marie Spry who received 25.99 percent. There were three other candidates on the primary ballot.

To hear WTIP interviews with the candidates, click here.

WTIP spoke with Grand Portage Election Judge Toby Stevens who said tomorrow’s polling place will have the same COVID-19 precautions that were in place for the primary. That means the number of observers is limited to 10 and only three voters will be allowed in the building at one time. There will once again be a door attendant, assisting with proper social distancing. Pens and pencils will not be reused and all parties are asked to wear masks.

WTIP Community Radio will share the election results as soon as they are available.