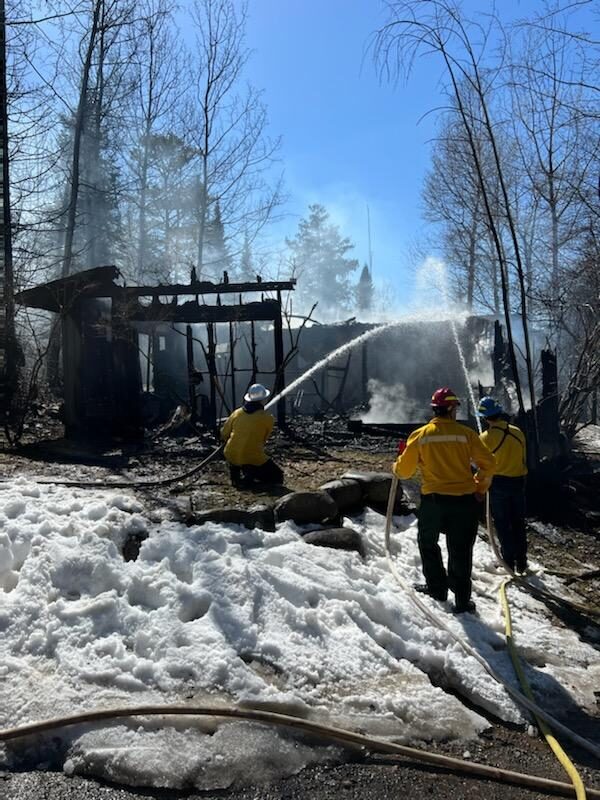 As WTIP Community Radio reported earlier, a structure fire was reported at Gunflint Lodge at 1:26 p.m. on May 3. The fire destroyed a cabin at the lodge referred to as “Justine’s cabin.” WTIP spoke with Gunflint Fire Department Fire Chief Jim Morrison shortly after the fire department left the scene.

Morrison talked about the difficulties of fighting the fire in the old building, which had been renovated over the years.

Morrison said having enough water to fight the fire was not an issue, once firefighters made it through the slush on the lake and cut a hole in the ice.

However, a good water source was not enough to save the cabin, which was fully engulfed by the time the fire departments arrived. He said the building was likely damaged beyond repair from the fire and the water used to douse it. He said there was about three feet in the basement of the cabin.

Morrison said the cause of the fire is not known, but it seemed to have started in the attic.

He confirmed that no one was injured in fighting the fire. Morrison expressed appreciation to his department and the Maple Hill Fire Department, which provided mutual aid. 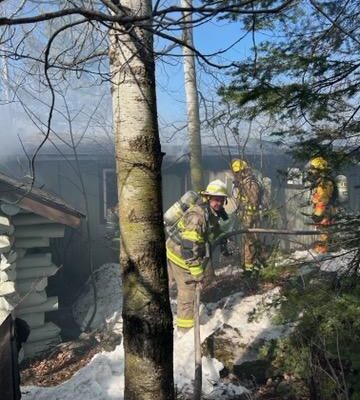 Photos courtesy of Gunflint Fire Department - Firefighters in the snow and smoke at the fire at Gunflint Lodge. 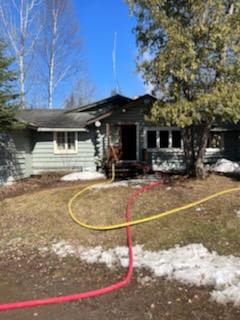 Hose lines were run from Gunflint Lake to the structure fire. 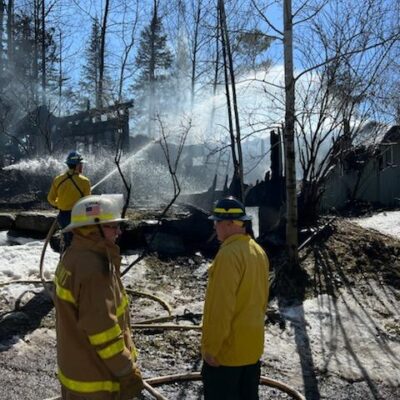