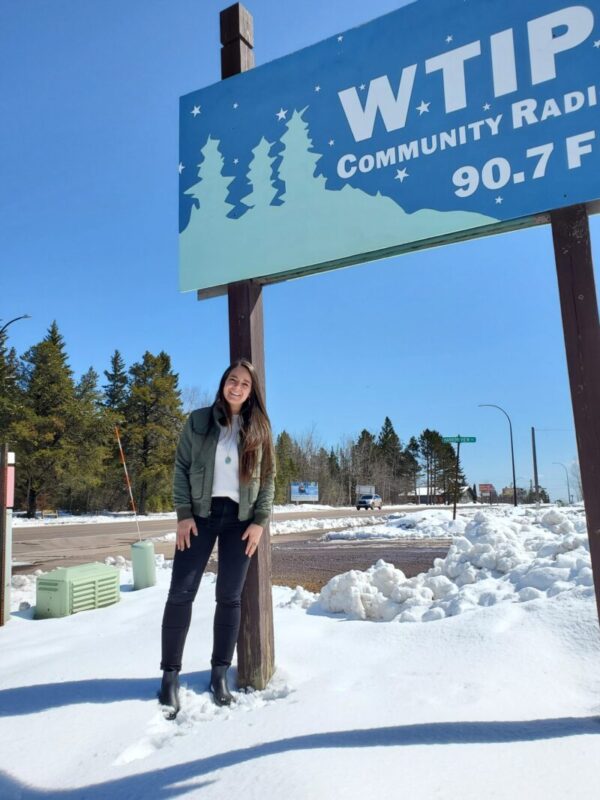 Kalli Hawkins joins WTIP as a news reporter and producer

WTIP is proud to announce that Kalli Hawkins is joining the news department as a reporter/producer.

Her first day with WTIP was April 18.

Hawkins grew up in Grand Marais. She graduated from Cook County High School in 2006. After high school, Hawkins moved to the Twin Cities and attended the University of Minnesota. She moved to Colorado in 2011 and finished her degree at Metropolitan State University of Denver. She studied geography, with a concentration in sustainability.

While pursuing her degree, Hawkins started a career in freelance outdoor writing and media. She joins WTIP with a strong interest in outdoor recreation. Many of her stories will focus on the natural world, specifically the woods and waters of Cook County.

“We’re thrilled to have Kalli joining the news team at WTIP,” News Director Joe Friedrichs said. “Her strong ties to the community, along with a keen interest and understanding of the local outdoors scene, are worth gold when it comes to reporting local news.”

Assisting Hawkins as she learns the specifics on reporting news for WTIP will be reporter Rhonda Silence. A longtime journalist in Cook County, Silence will transition toward retirement in the coming weeks. However, Silence plans to continue contributing to WTIP and will remain involved with the station moving forward.

Silence also expressed delight at the hiring of Hawkins and said it is nice to see another Cook County graduate joining the community radio station. She said, “Kalli has hit the ground running and will be an excellent fit on the WTIP team.”