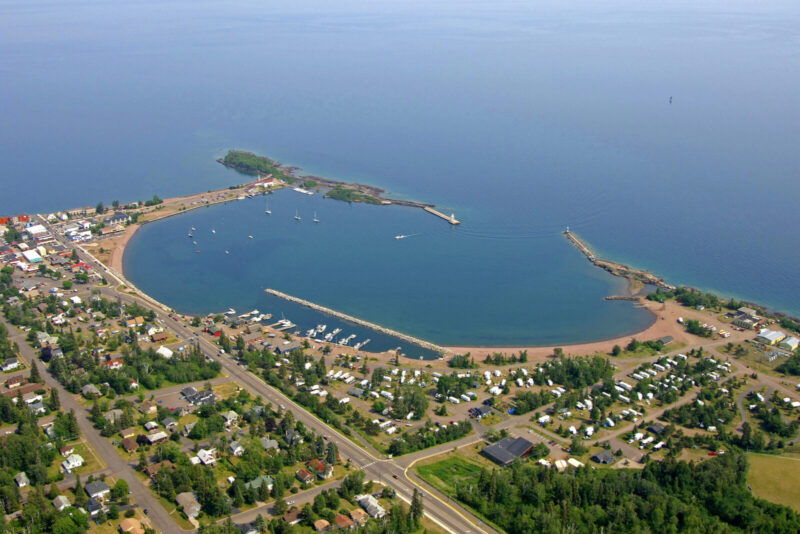 Recently, a group of community members announced the formation of a new organization, the Cook County Real Estate Group. WTIP wanted to learn more about what this new entity means to Cook County, so we reached out to two of the people involved, Steve Surbaugh of Cascade Vacation Rentals and Lori Bonin, CEO of REVocity.

WTIP asked Surbaugh to tell us, in terms that someone who is not a realtor or a financial advisor can understand, what is the purpose of the Cook County Real Estate Group. Surbaugh explained, “I think as you look at communities, particularly smaller communities, there are always real estate needs that need to be met in order for a community to be vibrant, and to have all the various spaces and services to really function in a productive way.

“But sometimes those projects are a little bit more difficult to get off the ground and require the breadth of knowledge from a number of different people. And so, if you can bring together groups of individuals that have experience and maybe have some assets, and then also partner with an organization that has done a lot of development projects, maybe you can do projects that are a little bit more marginal, or maybe a little bit bigger, as opposed to just trying to do something on your own. And so that’s really what this is all about.”

That is where REVocity comes in. Surbaugh and Cook County/Grand Marais Economic Development Authority President Howard Hedstrom first met with the firm to discuss possible assistance for the businesses who lost their buildings in the devastating fire in downtown Grand Marais on April 13, 2020. Although REVocity wasn’t the right fit for those business owners, Surbaugh and Hedstrom felt there were other ways REVocity and the community could work together.

We asked Bonin to tell us about REVocity, which is based in Northfield, Minnesota, but works with a number of communities across Minnesota. Bonin said REVocity (then Rebound), started back in 2011 and has established three community real estate funds there since then. Bonin said her firm focuses on “Impact investing.”

“This is where we are pulling capital and investment from individuals from the community from the individuals of Cook County in this case, and we’re taking those investments and we’re investing them in real estate in Cook County. The idea of impact investing is the investment provides both a financial return and a community return because we specifically select projects that are going to have a positive impact to the community that economic development,” said Bonin.

She shared some examples of the success found in Northfield, such as the use of a vacant building that was ultimately used by two existing and two new businesses. The firm built an apartment building in downtown Northfield. And, she said they have worked on projects on the Historic Register, bringing new or different tenants to the first floor and in some cases, providing apartments on the second floor.

REVocity has also worked on several projects in the Grand Rapids area, such as a retail building that now houses three businesses. There are plans for an apartment complex for student housing at a community college and for an 82-room hotel in Grand Rapids under development. In addition, REVocity is working with investment groups in Decorah, Iowa, Fairbault, Grand Rapids, Owatonna, Red Wing, Northfield, Hastings, Spring Grove, Waseca, Winona, and Rochester.

For Cook County, Surbaugh told WTIP that there are no projects to announce at this time, but he said the group has recognized a need for housing, noting that is a topic at every meeting that has been held. He said there is also a need for commercial office space and dining establishments in the community.

If the Cook County Real Estate Group successfully develops a project, WTIP asked who would own and manage it?  Surbaugh answered that the project would be owned by the Cook County Real Estate Group, LLC. He said there is a seven-year “sunset” created at the very beginning of the project, which can be extended three times for one year. After that, the project would be sold to someone in the community and the funds would be used for other community investments.

WTIP asked if there are any guarantees that when that sunset date arrives and properties are sold, they will continue to be used for the intended purpose—for example, will an affordable or moderately-priced housing complex continue to be used that way? Surbaugh said the real estate group has not looked that far into the future yet. He replied, “At the moment, we’re just trying to gauge what are the needs within the community.  We all know that we need housing, and we need a mix of housing, rental housing, and also affordable housing.”

Surbaugh said the difficulty in developing housing has been demonstrated by the EDA and One Roof Housing’s lengthy and complicated efforts on the Nordic Star development in Grand Marais and the Four Directions Dwellings apartments in Lutsen. He said at this time the group is focusing on identifying projects that are “doable.”

WTIP asked Surbaugh if a result of the Cook County Real Estate Group purchasing buildings and land could be a loss of opportunity for others—perhaps for a young family or new business owner? Surbaugh said he didn’t think that was the case. “I’m not interested in chasing individual residential plots.  That’s not something that’s of interest to us. And that really wouldn’t be the mission of the group, the projects that we’re chasing are the ones that are difficult to get off the ground.

“And if somebody else wants to do a project, we’re not going to stand in their way. I mean, there’s plenty of projects that could happen within the community. And if it’s better suited for somebody else to do it, then then we’ll just move on to something else,” said Surbaugh.