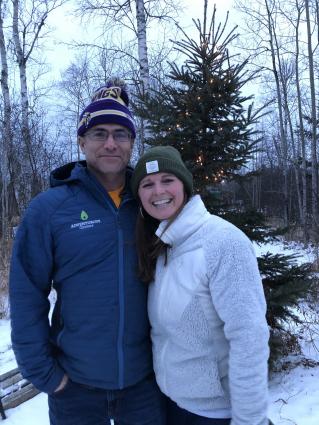 Learning more about the future of the “Grandma Ray’s” building

Brad Shannon is the executive director of NorthPoint, a nonprofit working to develop a youth center in the former American Legion/Grandma Ray’s building in downtown Grand Marais.

NorthPoint was formed in January of last year and for some time plans were to purchase a lot in the Cedar Grove Business Park, off the Gunflint Trail. However, plans changed and NorthPoint is now finalizing details on the purchase of the Grandma Ray’s building.

Just how the building will be used–entirely as a nonprofit youth center or incorporating some use of the commercial kitchen–is still up in the air. But Brad Shannon told WTIP that at the start the building and programs will be entirely nonprofit, and therefore not taxed.

But Shannon said NorthPoint’s belief is that the youth of the community are worth that investment. Shannon said he has many ideas of how the building could bring value to the community, but stressed this is all very tentative. He hopes to eventually have youths on the NorthPoint board to have a say in what happens at the building.

Another concern has been raised by some community members without ties to Christianity. Some point to Shannon’s background, which includes degrees in social work and divinity. There have been questions of whether Christian education will be a part of the programming.
Shannon told WTIP that he is a minister and it does affect the work he does. He said there may be opportunities for kids who want to explore faith to do so. But he said there is no litmus test that must be taken to be part of NorthPoint. He promises there will be no proselytizing.

And he guarantees that whatever activities and programming take place at the former Grandma Ray’s building, it will be an “inclusive, barrier-free space that just wants to offer hope to kids.”

Anyone who would like to learn more about NorthPoint or the plans for the building at 17 First Avenue, may contact Brad Shannon at 218-580-4455 or by email to northpointyouthgm@gmail.com.