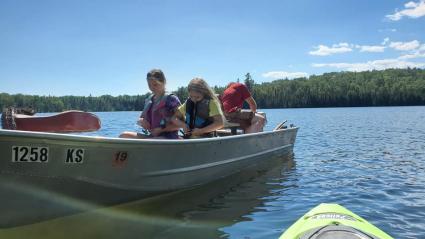 The Minnesota Department of Natural Resources has seen a deadly start to the open-water season in Minnesota.

According to the DNR, as of June 16, as many as nine people have been victims of boating fatalities. That number, which is preliminary, marks the most fatalities at this point of the year in more than a decade.

In addition, a higher-than-average number of people have drowned at places like beaches and swimming pools.
Officials with the Minnesota Department of Natural Resources are reminding everyone who’s around the water to make safety their first priority.

The beginning of the summer season is traditionally a busy time of year on the water. This year has been even busier than usual – particularly in recent days as people sought respite from an abnormally long string of above-average temperatures. Unfortunately, the increase in activity also has resulted in unusually high numbers of people who didn’t make it off the water.

“There are too many families who won’t be seeing their loved ones again,” said Lt. Adam Block, boating law administrator for the DNR Enforcement Division. “It’s up to everyone who heads for the water to double-down on safety and prevent what should be a fun experience from turning tragic.”

The people who’ve drowned so far this season span the age, gender, and swimming ability spectrum. DNR safety officials offer the following tips for staying safe around the water.