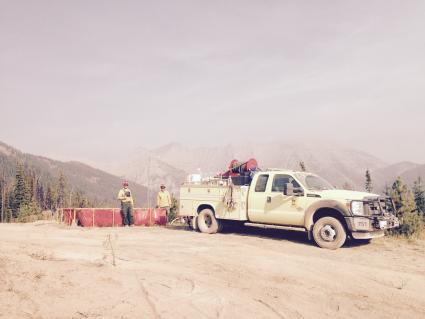 The nation has been watching the spreading wildfires in California and Oregon, alarmed at the devastation.

As of August 31, an estimated 18 major fires are being fought in California, with an estimated 1.46 million acres burned so far. According to the state fire agency, Cal Fire, there have been seven reported fatalities and over 2,800 structures destroyed.

Acording to the Oregon Department of Forestry, 12,804 acres have burned in Oregon. And there is no end in sight.

At times like these firefighters across the country are deployed to assist, including from here in Minnesota.

WTIP’s Rhonda Silence checked in with Minnesota Department of Natural Resources firefighter Aaron Mielke to learn if and how Minnesota’s fire crews may be involved in the suppression efforts out west.