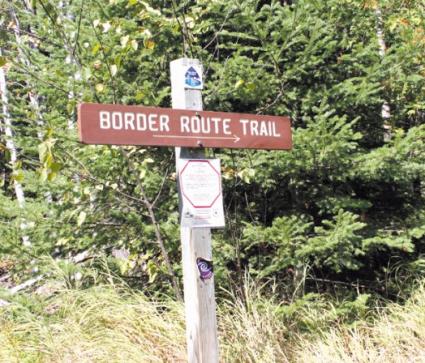 The Cook County Sheriff’s Office received a call just before 9 p.m. Saturday, Sept. 12, reporting that one person from their group of three hikers on the Border Route Trail had gone missing. The reporting parties said they had last seen the missing man at about 4 p.m. just past Bridal Falls.

The other two hikers assumed their friend was just out in front of them, but when they reached the spot where they were to camp, he was not there. They met several other groups of people, who said they had not seen the man.

The two hikers returned to their vehicle and drove to where the missing man had parked at Magnetic Rock and his vehicle was still there.

The hikers told the sheriff’s office that their friend is a veteran, in good health, but he was not familiar with the area and did not have a map or compass with him.

At 10:30 p.m., a call was made to the U.S. Forest Service to request authorization for use of an ATV on the trail by Daniels Lake. Authorization was given; however, the trail was too muddy to proceed and the search there continued on foot.

The search was called off for the night at 1:30 a.m. A call was made to Minnesota State Patrol, requesting a helicopter for assistance in the search in the morning. One rescuer suffered a sprained ankle while returning, so it was slow going back to the incident command base. Responders were finally clear of the scene just before 5 a.m.

The search resumed at about 9 a.m. Sunday. The area to be searched was the north side of Daniels, the Stairway route to Rose, and South Rose. A SAR group paddled to Staircase portage and headed east and west from there.

The state helicopter was grounded due to weather. A request was made for assistance from a Forest Service Beaver airplane. The aircraft joined the search at 10:30 a.m.

At 12:09 p.m. contact was made with the missing hiker, west of the Daniels Lake spur. The man was physically okay. The hiker and all responders were back at Gunflint Fire Hall No. 1 by 3 p.m., all safe.