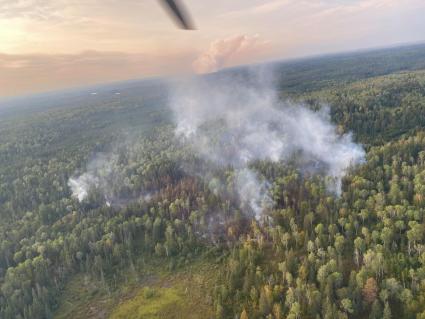 Mapping out the Boundary Waters’ ability to store carbon

A new scientific analysis and online mapping tool assembled by The Nature Conservancy will allow land managers and other decision-makers to calculate the potential of Minnesota’s forests to capture and store climate-changing carbon emissions.

Among Minnesota’s forests that can significantly remove and store carbon dioxide from the atmosphere and also help diverse species overcome climate impacts are lands located on Superior National Forest, including the Boundary Waters Canoe Area Wilderness.

The new tool shows that many of Minnesota’s forests with the highest carbon stocks and high potential for future carbon sequestration also are among the most important places for diverse species across the state to find refuge from growing climate impacts, according to Meredith Cornett, who leads The Nature Conservancy’s climate change work in Minnesota.

The scientific analysis found that under current conditions, forests across Minnesota are set to remove more than 487 million metric tons of carbon dioxide from the atmosphere each year between now and 2050 if they remain standing and healthy. That’s equal to taking more than 3.6 million gas-powered cars off the road each year over the next 30 years.

The carbon potential numbers found in the analysis are meant to serve as baselines that land managers and others can use determine how future actions and disturbances on forests will increase or decrease actual carbon sequestration.

“For the first time, we can clearly quantify how the conservation of forests on the municipal and state levels can reduce carbon dioxide and fight climate change in the coming years,” Cornett said. “This is a powerful tool that can help decision-makers develop conservation plans for maximum potential carbon sequestration through avoided deforestation while also helping diverse species overcome growing climate impacts.”

WTIP’s Joe Friedrichs spoke with Cornett about the new mapping tool and the analysis about Minnesota’s forests and their role in addressing the climate crisis. Audio below.