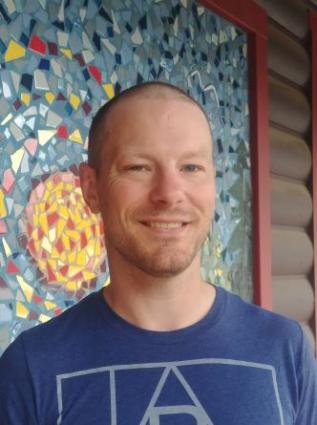 The Grand Marais City Council met on Wednesday, April 15. Because that meeting was announced as a special meeting regarding how it was dealing with the COVID-19 pandemic, that was the only topic that could be discussed—despite the devastating fire in downtown Grand Marais on Monday, April 13.

WTIP caught up with Mayor Jay Arrowsmith DeCoux after the meeting to talk about the city’s enterprises and how they are impacted by COVID-19 closures. When that conversation ended, the mayor shared some personal thoughts on the fire that destroyed the buildings housing three businesses in the city.

The mayor talked about the reopening of the Grand Marais Municipal Liquor Store, reporting that although there was a loss from closing the liquor store for several days, sales at this time are about normal. Mayor Arrowsmith DeCoux noted that the last two days that the liquor store was open, there were record sales, likely because people had an idea the closure was imminent.

The mayor shared an interesting fact from the Grand Marais Public Utilities Commission. On the day that Governor Tim Walz issued his “Stay Home MN” order, lodging establishments in the city closed their doors—and the PUC saw a 10 percent decrease in electricity, which means a loss to the city’s utility coffer.

Regarding the Grand Marais Rec Park and campground, Mayor Arrowsmith DeCoux said the opening date at the campground has been left purposely vague as the city awaits more news from the governor regarding campgrounds.

The opening date for Gunflint Hills Golf Course in Grand Marais is also unknown, but the mayor said that is in part because the course, up the Gunflint Trail, is still snow-covered.

After covering the conversation at the city council meeting, WTIP asked the mayor for his thoughts on the fire that destroyed the structures housing Picnic and Pine, The Crooked Spoon Café, and White Pine North.

The mayor shared some interesting information on the huge amount of water used to fight the fire. The amount of water needed to keep the fire from spreading to adjacent buildings was so much that it drastically lowered the water in the city’s water reservoir. The fire departments ultimately set up hoses from Lake Superior and drop tanks, which is not ideal for firefighting equipment, but which provided the water needed.

Mayor Arrowsmith DeCoux said it was amazing that the fire departments—Grand Marais, Maple Hill, Colvill and Lutsen—were able to keep the fire from destroying more than one city block

Arrowsmith DeCoux said, “We owe them a debt of gratitude that we will never be able to repay.”

The mayor added that he was proud of how the community came together during the fire, and after, as fundraising efforts have begun. He said a Grand Marais Fire Relief Fund has been established, with donations to be distributed equally to the three businesses whose buildings were destroyed. Click here for more information.

WTIP’s Rhonda Silence spoke with the mayor about changes in the city due to COVID-19.