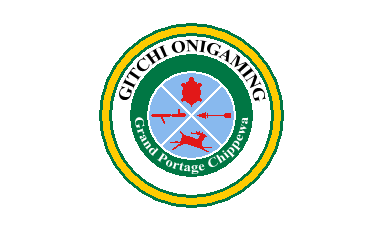 Nearly 64 percent of members of the Minnesota Chippewa Tribe (MCT) who voted on a referendum this summer said they would like to see changes on a number of tribal enrollment issues, including blood quantum requirements that could play a significant role in future membership and the overall population of the six-nation tribe.

A key aspect to the referendum vote that was tallied July 20 is that it is advisory in nature, meaning there are still additional steps before any changes to the Tribe’s Constitution can occur. Possible changes in an official capacity will not be discussed until later this fall or in 2023, at the earliest, according to MCT officials. Determining the percentage of votes required for such changes to take effect is also something MCT officials need to navigate before the Tribe’s Constitution can be modified.

Nonetheless, a majority of the votes tallied last week indicate a desire for change to the MCT Constitution is favored by a majority of tribal members. Of the 7,470 votes that were cast, 4,778 said the blood quantum requirement should be removed from the membership requirements of the MCT.

The blood quantum rule is used by many tribes in the U.S., according to Tadd Johnson, the University of Minnesota’s first senior director of American Indian tribal nations relations. In short, the rule requires that a person’s combined blood quantum from their parents be at least 25 percent in order to be eligible for enrollment in one of the six bands within the MCT.

Many enrolled members of the tribe received a ballot in the mail earlier this year posing two questions, including one about blood quantum requirements, and the second about if each band should be able to determine the standard.

When it became apparent that tribal enrollment was becoming a critical issue, MCT leaders contracted with Minnesota-based Wilder Research to study short and long-term projections for each band’s population. The study found that the “overall population of MCT and each of the bands is declining under the current enrollment criteria.”

For the Grand Portage Band of Lake Superior Chippewa, if the blood quantum rule is not changed, the total number of band members enrolled would be approximately 120 by the year 2098.

In the 1940s, the federal Bureau of Indian Affairs pressured tribal leaders with the MCT to adopt a blood quantum requirement for tribal enrollment, according to a recent report in Red Lake Nation News. The requirement essentially shrunk the tribe’s enrollment over time, with many children not considered band members despite having parents who are, the report reads.

Johnson says he expects there will be a change to the blood quantum rule for some of the bands in MCT, perhaps all of them, though it’s not clear exactly how things will change or ultimately unfold. Regardless, the process will take time to unfold and the recent vote by enrolled members is only a step in the process.