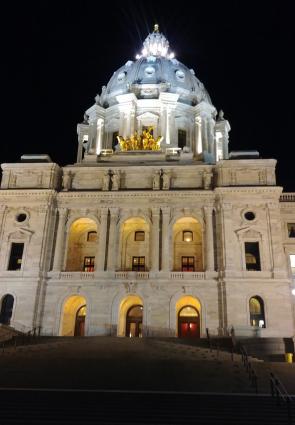 A person who is sexually assaulted while intoxicated does not fit the designation for a more serious charge if he or she consumed the alcohol or drugs voluntarily, the Minnesota Supreme Court said in a recent ruling.

The opinion stems from the case of Francois Momulu Khalil, a Minneapolis man who was convicted of third-degree criminal sexual misconduct because the victim was drunk and considered by the jury to be mentally incapacitated, according to a recent report by the Associated Press. The woman met Khalil after she was refused entry to a bar because she was too intoxicated, the AP reports.

In a unanimous decision written by Justice Paul Thissen, the state Supreme Court said the lower court’s definition of mentally incapacitated in this case “unreasonably strains and stretches the plain text of the statute” because the victim was drunk before she met her attacker. To meet the definition, the alcohol must be administered to the person under its influence without that person’s agreement, the high court ruled.

District 3A Rep. Rob Ecklund and other state lawmakers say the ruling shows the urgent need to update the state’s criminal sexual conduct statute, including by closing what some elected officials in Minnesota are calling an “intoxication loophole.” Ecklund is the co-author of a bill to amend the statute.

Ecklund spoke with WTIP’s Joe Friedrichs about this and other news from the state Capitol. Listen to the audio below to hear the full report.